Don't let the lockdown get you down

Someone asked me the other day whether being President of the Central Council was easier given there isn’t any ringing going on! I expect Lesley would give exactly the same answer as me – no, there is even more to do than ever before. Fortunately there are a few more hours in the day available to fit it all in.

I mentioned on social media that I thought we could lose quite a few ringers because of this, and after some initial challenge, Roger Booth made the point that given we have natural wastage each year anyway, if we have a long period with no new recruits, and other ringers who do not resume the hobby when ringing returns, the effect on some bands could be very significant indeed.

We went into the lockdown united in the belief that we need to recruit more and recruit well ­ that need has now become even greater. ‘Ringing Returns’ is not just about keeping the ringers we have already got but doubling our efforts to recruit and retain.

Quite a few people have owned up to not actually missing ringing that much. But those people have probably been ringing all their lives. They’ve been there, done that, and got the t­shirt. What I am worried about is the ringers who have not yet been there, haven’t done it, and still dream of getting the t­shirt, the people for whom ART and Learning the Ropes has been a pathway into ringing, perhaps opening up a world of possibilities. Those are the ringers we need to look after, because while many will be still be fired up with enthusiasm for ringing, they may also start to forget about it if life changes too much. If the lockdown carries on through the summer, we mustn’t let our efforts slip.

The pro­active territorial associations have gone into overdrive with new ways to interact with and support their members. Zoom sessions are widespread, training webinars are regularly publicised, the St Martin’s Guild has even organised a virtual Bake Off with 79 entries, raising over £1,000 for charity. But others have been found wanting. My own band of Brumdingers has just been asked to ‘adopt’ two young ringers from an association that is doing nothing for its members. Distance is no barrier when you are teaching handbells on Ringing Room.

Just like the management team of ART, the Council Executive and Workgroups are very busy bringing forward new initiatives, perhaps because we all have more time to think about them. Whether it is proposed new residential courses for next year, Mobile Belfry 2.0 which is actively being developed, the YouTube competition we have just launched, the proposed National Ringing Centre, new Workgroups focused on schools, youth groups and university ringing – there is plenty to keep everyone busy.

One thing that is particularly notable is how closely the Council is now working with ART. From the Sunday of the ART Conference, to the training webinars being developed, there is a common bond that recognises that we are all trying to achieve the same thing, and we just all need to work together. There is no point the Council doing something if ART does it better, or ART doing something if a Council Workgroup has got it covered. I am really pleased that we have got to the point where we can all focus on our strengths. 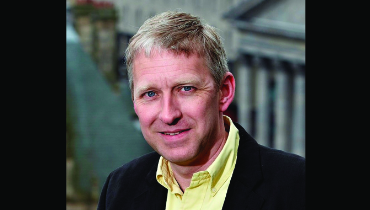