Northallerton band of ringers has a mixture both of age and ability – I imagine that this is true of most local bands in the country. However, someone was telling me about a teenage ringer who raced ahead of others who had started ringing at the same time and who, despite all the encouragement and extra practices and quarters arranged for him, had ended up not supporting the general ringing and eventually given up altogether. They asked if I had any tips for how to manage ringers like this amongst those who learn at a steadier pace.

The short answer is – no, I don’t! It sounds as though they did everything right and were just unlucky, whereas we have been fortunate in having a very low drop-out rate. I did think I could give some ideas as to what keeps us together, but I really don’t think there is a magic formula.

We have three practices a week, two of which last in excess of three hours, the one on the simulator being mainly six bell ringing. We also support the Wednesday practices at Barton where we have taught a complete band and we ring handbells in a pub after Sunday evening ringing. We have three youngsters who have passed Learning the Ropes Level 5 this year and we also have some people who are at LtR Level 2 and may never achieve all the tasks for LtR Level 3. Ages range from 11 to over 80 and we have found that adult learners require a lot of rope time to consolidate skills.

We try to encourage a cheery and relaxed atmosphere up the tower, whilst expecting silence and concentration during the ringing. We are fortunate in that our high-flying youngsters are happy to ring simpler things for less experienced ringers and, in return, they know that there will always be something targeted for them, even if it is “only” a new Doubles method to learn, so that we can still have learners on treble and tenor. We have found that our adult learners are extremely reliable and are very supportive both of each other and when they see progress far beyond what they can achieve at present.

We keep the youngsters learning (currently Cambridge and Stedman) and try to encourage them with conducting challenges, or with leading up and down. We can have up to 22 ringers on a Thursday practice night, so it can be very difficult to fit everyone in. We have found that Little Bob and Kent provide a good challenge for the “middle ability” people, as they can be the ringers who can fall through the gap between catering for learners and the more advanced ringing.

The formula seems to work for us, but I think this has been luck and not due to any particular skill on our part. There is nothing new in our approach, which is: 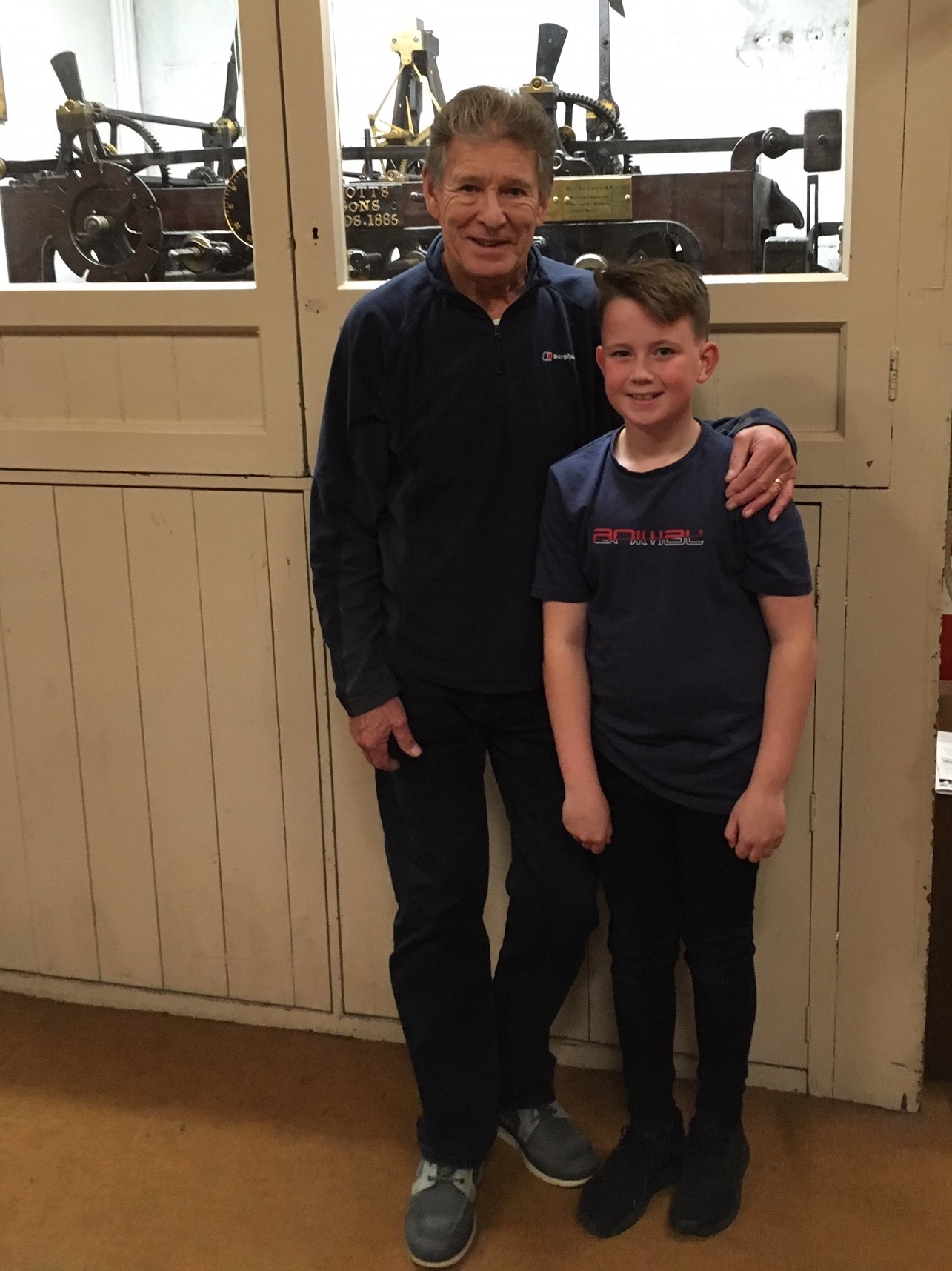 Graham and Harry, our oldest
and youngest LtR ringers