The Learning the Ropes Achievement Award - Emma and Philip Bailey

Emma and Philip Bailey's is a joint application. They are married. They started to learn to ring at the same time. They have achieved each level at more or less the same time. They have rung in each other’s Quarter Peals: they have rung the same number of quarter peals. They achieved LtR Level 5 together with a quarter peal at their home tower of Wallington on Saturday 2 December 2017.

They started to learn to ring April 2013

They have not found it easy but have made steady progress and worked hard at each stage. They have worked hard at learning outside of the tower and arrive prepared for their next step. They have now overtaken all the other members of the local band and are at the same level as their trainee teacher (Fiona Potts associate ART Member). The have entered into the spirit of ringing and are so supportive of all aspects of ringing. A real asset to our ringing community. This application is more about their general support to ringing than method ring prowess.

Their tower is Wallington Herts who rely on support from other towers to be able to practise Plain Bob Minor on practice night.

Emma and Philip have been conscientious in attendance since joining the band and rarely miss a practice night or Sunday Service. They have been part of the Sunday service band since they could ring rounds respectably and although they have moved from the village they still support the tower and the village. Emma works for a local supermarket and has changed her shift pattern to fit in with ringing! They also ring at other churches in the benefice on Sunday when there is no service at Wallington. In addition, having moved to Stotfold, they ring there for Sunday service when not committed elsewhere. They are members of the Herts County Association and the Bedfordshire County Association. I believe that they are members of the ART 50/50 club which is typical of their financial support to fund raising for ringing.

Philip has agreed to be steeple keeper at Wallington and has approached this task in the same way as ringing, By learning about the job and carrying it out. I have now handed over completely to Philip. Philip and Emma are members of the Wallington village PCC although this is now coming to an end. They support the District practices and other learning towers in the benefice as their ringing ability has progressed. Wallington is one of the towers where I am ringing master although I am gradually handing over to two other members of the band one of whom is aiming for full ART membership and has carried out most if not all of the theory explanations, for Emma & Philip. Phillip’s knowledge of ringing theory is in advance of his ringing ability as he struggles a little with ropesight on occasions but this will come with more practice whereas Emma is the other way around.

They have started to ring on eight bells and can already ring a plain course of Plain Bob Triples confidently. It is hoped that they will be able to go to Birmingham on the “Master Class” weekend and are clearly at the jumping of point for more rapid progress in methods and Surprise minor. My hope is that they will soon be able to take the next step to become teachers by attending an ART Module 1 course. In addition Philip has supported the provision of new technology at Sandon and Weston (Two other towers in the same benefice). Phillip made an extension cable for a camera placed in the belfry to enable video to viewed on a TV in the church at Sandon. Philip has also provided technical support in setting up the use of a Saxilby simulator for teaching purposes at Weston. He provided the current computer and set up the sensor interface and has made use of this training facility. Emma is more the organiser and helps with the organisation of Sunday Service ringing, They are just so supportive of ringing in the benefice, and District. 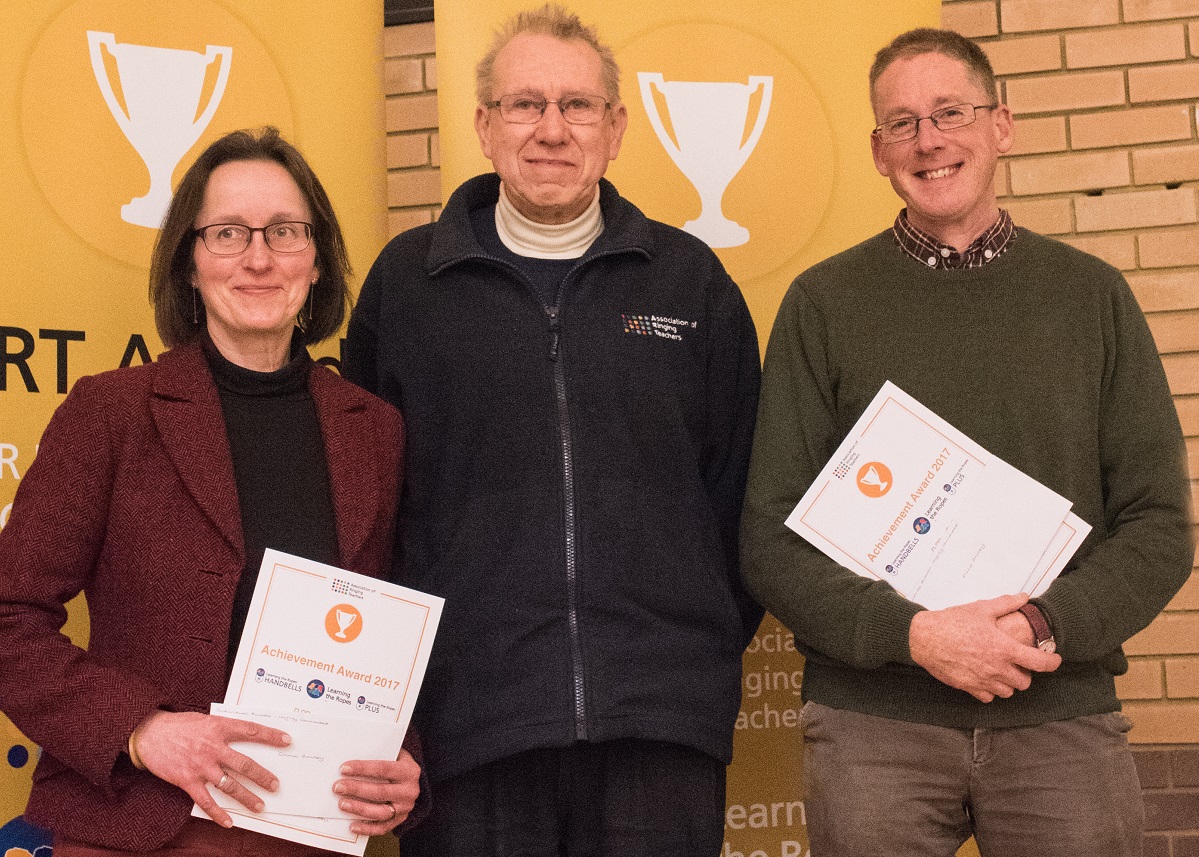