The number of adults has varied depending on the point in the development of the tower. In general, they have a core team of about 8 adults, from 4 or 5 towers, who support the band. At some stages they have drawn on far more.

Currently ages range from 12 to 17. At present, the ringing takes place just once on a Sunday with a practice night on a Monday. When a new group is launched additional practices are run. They work very closely with neighbouring tower Bowdon and two of the ringers that have been trained have gone on to ring there.

The story is taken up by Tower Captain Andrew Darling ...

In 2014 I switched into a new career as a Primary School Teacher. With a bit of a commute and knowing that the first years in this profession could be all-encompassing, I stepped down as Tower Captain. With no one else willing to take on the mantle of Tower Captain, the bells of Dunham Massey in Altrincham became silent. The ringers began to disband with some going to Bowdon – another local tower – and others stopping ringing altogether.

After three years working in Oldham, I changed to a school much closer to home. I had given no thought to ringing until I was coaxed and cajoled along to Bowdon’s annual Autumn ringing trip in the October of 2017. It gradually dawned on me that it was all a ploy by the Bowdon ringers. By the end of the day we had arranged for a working party to get the bells ringable again and to start running a monthly practice. And as the days and weeks went on, I began to feel that old ringing itch, an itch I had never been very good at ignoring. I began to feel the urge to get Dunham ringing properly again and I had long wanted to create a Youth Band. If this was ever going to happen, now was the time.

But a confession: although the scale of the challenge was bigger, this wasn’t the first time we’d tried to revive this band. In 2011, after much of the original band had moved off to a tower closer to Manchester, I had taken on the mantle of Tower Captain for the first time. We’d started training a couple of youngsters and two adults and although it had gone well to begin with it had slowly fizzled out because we had struggled to get a steady band. We had learnt some lessons from this, that we needed to learn from if we were going to be successful second time around:

So how would we address these challenges? Here were the answers that we came up with:

A final challenge was going to be setting up a simulator. If we were going to do all the practising that we wanted to do, we were going to need a simulator or the neighbours would rise up in protest. Mooting the idea to one of the Bowdon ringers piqued their interest and work on this began to run in parallel to all our other efforts.

As ever in life, coming up with all of these ideas and aspirations was easy, getting things moving was a bit more of a challenge. I spent a Saturday morning speaking to all the ringers in the local area, to get a sense of who was willing to support our plans and making sure that we had a quorum. We then spent a morning attaching new ropes to the bells and adjusting them for length. And then we were off.

We were on a tight schedule. Our first bell handling practice was on 26th February 2018. We needed the youngsters all to have strong bell handling skills in time for the Boot Camp in the Easter Holidays. That was about five weeks of hard effort. We began by ringing two or three times a week. I’d always been a stickler for excellent bell handling and we worked them hard using a traditional approach of hand stroke, back stroke, both strokes together, and then a variety of games to build confidence in adjusting rope length while ringing and so on. It wasn’t all plain sailing. One of the youngsters was dyspraxic and found the whole ringing action incredibly challenging, but we had started with six learners and six weeks later they were all still enthusiastic.

However, ensuring that we had enough adults to people the practices did prove problematic. Many of the local ringers, while very supportive, were either retired and often away on holiday, or professionals who were frequently working away. Learning from my experience six years earlier, we made a point of WhatsApping each week to ensure that we had enough ringers for each practice but then came the week when we only had two adults available. Panicking slightly, I put a call-out to the Branch and adults from far and wide stepped in to support us. From that week on a group of 4 new helpers started coming week-in-week-out. Without them we would have struggled to keep our momentum and our initiative may well have come to an end.

This support enabled us to get to the Easter Holidays intact. While a nightmare to organise, the Boot Camp went swimmingly. Owing to holidays, only four youngsters could attend but we ran two, one-hour sessions a day, for a week, with two learners in each session. By the Friday we had four young ringers able to ring in rounds and on the Sunday, we rang the bells for service for the first time in over 3 years. It was hugely rewarding.

In the May we had our first mini-ringing tour, followed by a trip to a Bowling Alley. The trip did wonders for their confidence and for cohesing the group and then we began putting in plans for a second Boot Camp in the summer. This one was to be aimed at helping the learners take the step into change ringing and Bob Doubles in particular. The format for this was much the same and it had the impact that we had been hoping for. It still meant that the following Autumn required a huge amount of Bob Doubles, enough to send us all round the bend, but it did accelerate our overall progress and led nicely into our Christmas mini-tour. This time three towers in Macclesfield followed by an Escape Room.

But … we still didn’t have enough ringers to guarantee that we’d have enough to ring each Sunday. Furthermore, if we were going to create a Youth Tower, we would need to keep recruiting children or, in seven years’ time, we’d be back to having no band. To address this, we planned to take on a second group of youngsters. However, before we began with these, we decided that we should hone our teaching by hosting an ART bell handling course at Dunham. This brilliant day really transformed our approach and when we started training the next six ringers at the beginning of January 2019, we felt far more confident.

This time we had four 11-year olds, a 13-year-old and a sixth former. Based on the ART course we recognised that a learner needed 7 or 8 hours on a bell in order to master bell handling and so we planned in two ringing sessions a week, initially. One of these was on a Wednesday evening and the next on a Saturday morning, the simulator freeing us up to run far more practices. We ran a mini-boot camp during the February half term, for a couple of days, and continued running this additional practice into the summer holidays. It was exhausting but we felt that integrating the new ringers into the main practice too early, would slow down the development of all the learners and might lead to us losing some ringers. As it was, maintaining both practices ensured that all the learners continued to progress rapidly.

The summer saw us running a second trip to the Lichfield Mini-Ring, to Liverpool Cathedral and our first full day ringing trip.

By the time that we came to our third Boot Camp in the summer of 2020, we had progressed 2 of the original six ringers from Plain Bob Doubles, to Bob Minor, Grandsire Doubles and Little Bob Minor, with the others following at different points behind. The Boot Camp consolidated this progress and allowed us to begin to make the leap into Surprise ringing. It also allowed us to draw back the young ringers from our 2011 experiment. It was hugely ambitious, running for 8 days and comprising some 19, one-hour sessions. It required support from across the branch and beyond, but by the end if felt that we had secured the future of the band and laid some solid foundations for our further development. One of the most rewarding things about this third Boot Camp was that some of the first tranche of ringers were able to be ‘experienced’ ringers themselves and to assist the new learners. In fact, often they were more reliable than ringers who had been part of the Exercise for 20 years or more.

Sadly, of our second intake, only four had continued to this point, but with 10 ringers out of 12, we felt that our retention rates, at 83%, were pretty impressive.

In the four months since the Summer a handful of other things have been accomplished:

Of the six youngsters who started learning in 2018:

We have a number of aspirations for 2020: 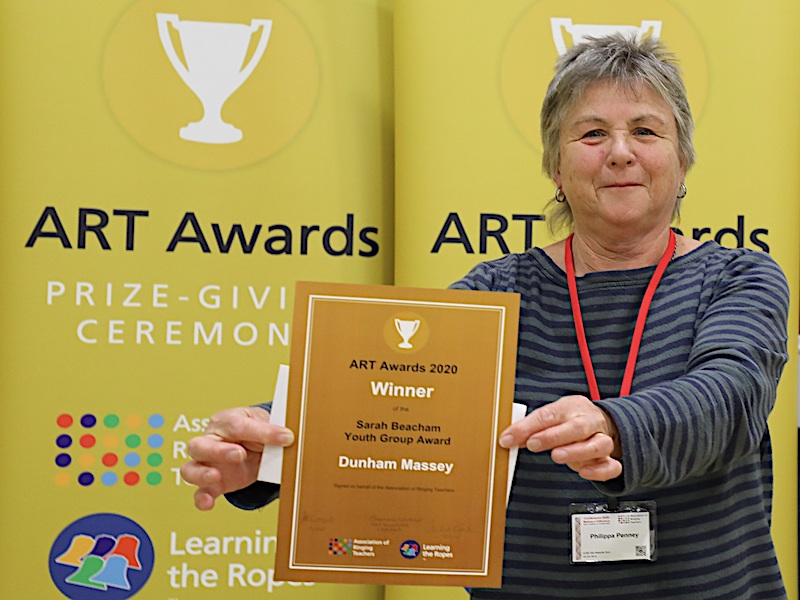