Since the Covid-19 pandemic put face-to-face ringing activities on hold in March 2020, the St Martin's Guild has been organising and running events such as:

The average attendance at the online training sessions across the year has been 33. Whilst there has been some variance over time, attendance increased to an average of 41 attendees for the month of December. Some talks have attracted significant numbers (the highest was 121, with three other talks attracting over 50 participants). However, no talk has attracted fewer than 16. Lower attendance in June of Saturday morning sessions led the officers to review the regularity of the training sessions offered.

Ringing Room and handbell sessions have had focused, smaller, groups usually consisting of three to six people. Brumdingers, the young ringers, maintains a group of seven which was the size of the group prior to March 2020.

The youngest member involved is 10, the oldest are in their 80s. However, those involved on a weekly basis are from 12 to those in their early 60s.

The Guild has partnered with the Central Council to deliver four talks, as well as inviting other groups to present, including the Association for Ringing Teachers, the National 12 Bell Committee and The Ringing World.

Historically a territorial association in the Birmingham area, the St Martin’s Guild voted three years ago to end geographical barriers to membership, and now has a membership of over 250 ringers from all over the world who share a commitment to its values.

Already an innovator in 2013 with the establishment of the Birmingham School of Bell Ringing, the Guild has demonstrated its exceptional leadership qualities in its response to the Covid-19 pandemic. In March 2020, upon the cessation of ringing, meetings and social gatherings, the Guild officers sought to fill the gap with a programme of online training.

Originally focussing on ringing theory, the early sessions covered such things as how to learn new methods, place notation, coursing, using online ringing tools and handbell ringing. To support the new programme of activities, the Guild website was updated to host a back catalogue of training resources, and a YouTube channel was created.

Meanwhile, business meetings have moved to Zoom, and planned social events have been replaced with online quizzes and competitions, including a virtual bake-off, photo competition and online treasure hunt, raising over £1,000 for charity. For those following Learning the Ropes in the Birmingham School of Ringing and Brumdingers there have been Ringing Room sessions and handbell workshops, mentoring individual ringers in these specific skills, with many personal successes along the way. Pastorally, Guild officers have taken an active role in keeping in touch with members who live on their own or are clinically vulnerable, with many hours dedicated to assisting people with technical barriers to online participation as well as phone calls and emails.

As the months went by with no sign of the resumption of normal ringing activities, the Guild officers have continued to assess the effectiveness and reach of the talks, settling on Wednesday evenings and expanding the range of material being covered to include such diverse topics as ringing history, how to ring big bells, interviews with authors, and Q&A sessions. The reach and influence of the Guild leaders can be seen in the breadth of expertise demonstrated by the voluntary contributors to the sessions and the geographical spread of the contributors which includes Penrith, Glasgow and Australia.

Lessons have been learned along the way. An over-successful marketing campaign on social media led to one session breaking the Guild’s Zoom capacity of 100 attendees by a significant amount. Subsequently, many sessions now require attendees to sign up in advance, which both helps to manage numbers and provides an opportunity for attendees to raise questions in advance, enabling the presenter to tailor the session to the audience. Sessions are freely available to watch on the Guild website afterwards (https://www.stmartinsguild.org/teaching/training-and-resources).

Since 1st April 2020, 46 virtual training sessions or online webinars have been delivered via Zoom, plus several quizzes, competitions and business meetings, and numerous virtual ringing sessions via Ringing Room and other online platforms. YouTube videos have had over 4,000 views totalling over 800 hours of watching time. Attendance of the online training sessions has averaged 33 and has increased to an average of 41 attendees for the month of December. On Ringing Room, nine children have learned to plain hunt (ringing one or two bells), along with three adult members of the Birmingham School of Bell Ringing, and in the method workshops, several ringers have made significant progress in their method learning skills.

I believe the St Martin’s Guild deserves recognition for its inspirational leadership during this exceptional time when normal ringing has been put on hold. In recent years, its members have become accustomed to innovative approaches to ringing and ringing education, and during the Covid-19 pandemic the Guild officers have exceeded its members’ high expectations by providing a range of new opportunities to develop ringing-related knowledge and skills which will stand us all in good stead for the future. I am confident that they will continue to guide us forward as the global situation changes.

The Guild intends to continue this programme certainly until March 2021, though this will be reviewed in line with the national picture. The Guild has recently conducted a tower survey to explore the state of towers at the beginning of 2021. This will be used by Guild officers to plan for how to support towers to return to ringing once guidelines allow for this.

The ethos of the Guild is very much about inclusivity. Sessions are open to any ringer, inside or outside the Guild, and sessions can be watched by anyone via the Guild website or YouTube. In recent months, the Guild has been proactive in inviting ringers from outside the area to participate and advertising the resources on the website. One limiting factor, however, is the cost of increasing the number of participants permitted to attend a Zoom session. 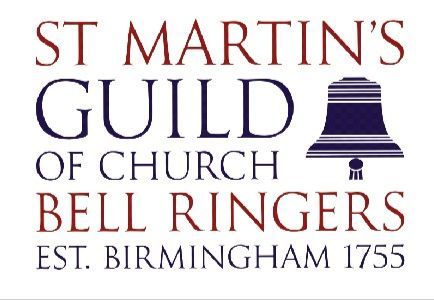