It is eight years since four of us from our little District of Ledbury went to the first of Pip Penney’s courses in England; so time for a reflection and update.

Eight years ago, we could see that ringing locally was not flourishing: numbers were dropping and generally not much progress was being made. People seemed to continue week in week out doing the same thing but we were slowly becoming a smaller and smaller group. No single tower had the resources, skills or energy to step things up a gear, to train new ringers and make more rapid progress.

The biggest change for us all was starting to teach learners from ‘down’. I am really pleased to see how this change is being accepted and used much more widely as it fits well with the ART principles of progress by small steps and making safety a paramount concern.

As teachers we had to iron out our own handling irregularities and we supported each other in working through these issues. This is not easy but it’s essential if one is to demonstrate correctly and set a good example. We can all observe old habits coming to the fore particularly when under pressure. Old habits die hard, which is why it is essential to make sure things are right from the beginning for our learners: failing to correct potential faults makes progress for all learners harder than it needs to be.

We have been through a number of recruitment drives and training sessions, some with up to eight learners (probably too many) and some with single people, but we still try to use a number of teachers for their training as it spreads the load and brings different approaches.

A highlight for me has been to see one of our ART learners now working through his M2C and nearing time for an assessment. It has been interesting how the ART principles are second nature to him rather than being a new approach for those of us taught in a previous era.

It has taken a while, but we have begun to reverse out downward trend and are slowly on the way up. Our bands are slightly bigger, we have created a band in a silent tower, generally the level of ringing has been raised and most of the time the striking is better. Many more ringers are visiting other towers to get more practice on different bells. This has been most rewarding to see but it has started to bring its problems. Several practices are becoming a little overcrowded and this presents a real problem for the Tower Captains to give both their band and the visitors a good go at what they are learning.

This situation has made us try and find a different way of doing things. First we sent out a Survey Monkey questionnaire which was completed by almost everyone in the District. Generally we seem to be doing the right things but a number of recurring issues were raised:

Following the survey we shared those results with everyone and in addition we had a Tower Captains/teachers meeting at which we worked out ways to address the issues raised. We already had monthly district practices based around a normal tower practice but now with stronger bands and more visitors the needs have changed. We also have monthly, Saturday morning specific method practices and a quarter peal evening. How could we change our approach to provide better regular training?

We thought about a “Birmingham Approach” but we do not have the helper resources to mount that on a regular basis, so an adaptation of that approach is being tried in the form of a monthly District Practice Week. We have tried one and the response was very supportive so we plan another and hope to keep it rolling along.

The “Ledbury Approach” adopts the following method: one week a month, all tower practices are suspended and everyone is invited to a specific Learning the Ropes practice (4 - 5 students maximum). The first week comprised the following practices: Level 3, Level 4, 2 lots of Level 5 and Plain Hunt & Plain Bob Triples, with ringers above that level acting as helpers who themselves were specifically asked to help at a particular session. Most helpers were asked to do a second evening. Some people were asked to change from their normal practice nights or towers but all ran quite smoothly.

The next District Practice Week will be very similar with some changes to venues and nights. We will have to see how this approach works over the coming months and whether it is sustainable. The planning and organisation may be an issue. We work from the premise of “Nothing ventured, nothing gained.” 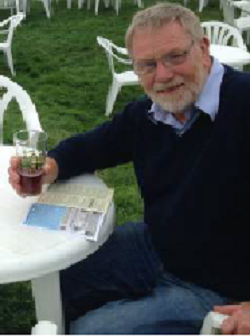