Introduces the third place when the treble dodges in 1-2. This place is common to all right place Surprise methods.

The defining feature of Oxford Treble Bob Minor is the slow bell which leads and makes seconds, starting and ending the lead by dodging with the treble. The seconds is made over each of the other working bells in turn. Every time the slow bell makes seconds (x12) the bells above dodge whilst they hunt (x16) when it is leading. To prevent falseness when the treble dodges in 1-2, right places are made in 3-4.

Be prepared to call the treble dodge in 1-2 as a reminder that the 3-4 places are being made. If the bell ringing the slow is secure, they can also call hunt when they are leading and dodge when they are making seconds.

Introduces a fourth place when the treble hunts from 2-3, causing a triple dodge in 5-6 and short places in 3-4.

Have a good look at the 3-4 places which also happen between the treble's 1-2 and 3-4 dodges. They start/end by dodging with the treble in 3-4 and end/start with a thirds place and hunt at around the lead end. 3-4 places are a common feature of Surprise Minor methods and you will be building on these later on.

It helps when starting to learn Woodbine if someone can call the (x14) when the treble is hunting between 2-3.

Note that Woodbine is an irregular method - it does not have plain bob lead ends. This results in 3-4 and 5-6 ringing the same pattern in the plain course. You can only ring the other position if you call a touch or ring non-standard pairs.

Introduces additional thirds places when the treble hunts from 4-5 and dodges in 5-6.

Norwich builds on Woodbine (in fact it is Woodbine above the treble). You ring Woodbine until the treble passes between 4-5. The (x16) block is replaced by a (x36) block resulting in a dodge below. When the treble dodges in 5-6 the (x12) is replaced with a (x34) block. The slow work is different and you get long places in 3-4.

Although the half-lead is still a plain hunt (x16) block it often needs calling.

Introduces the Cambridge front work and a non-plain hunt block (x36) at the half lead. The long places in 3-4 are also found in Bourne Surprise Minor.

For the first time third place bell does not make fourths and in to the front, as the (x34) block is replaced by a (x36) block. This cause sixth place bell to hunt straight down to the front - a feature of all the next surprise minor methods.

The sixth place version of Bourne is Hull Surprise Minor.

The sixth place version of Cambridge is Primrose Surprise Minor

A variation of Cambridge Surprise Minor in which the (x56) block at the half-lead is replaced by a plain hunt block (x16). The half-lead dodge in 1-2 at the beginning/end of the Cambridge front work and in 3-4 at the beginning/end of the Cambridge 3-4 places are replaced by a hunt. Before you ring the method work out what piece of working you'll be ringing after the half lead as you hunt between 2-3 and 4-5.

If you can't spot the treble at the half-lead then ask someone to call them for you initially.

You can make your own crib sheets by copying and pasting the place notation for a method into the website below.

From Treble Bob Hunt to Primrose Surprise Minor in 24 steps.

With thanks to Jeff Ladd. 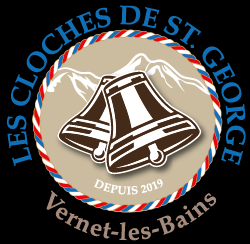