ART is pleased to announce the appointment of Andrew Slade as Chairman elect.

It is planned that Andrew will take over the role of ART Chairman after the March AGM carrying out those duties, as well as being an ART Trustee. Andrew brings with him a wealth of experience in strategy, education, standards and leadership, all of which will be put to good use steering ART throught the next stage of its development.

Please join me in welcoming Andrew to his new position within ART.

Andrew graduated with a BSc, MSc and PhD, all in mathematics. After a period in a specialist role in The Production Engineering Research Association, based in Melton Mowbray he returned to academe with a number of post-doctoral appointments. Andrew took up a lectureship at Durham University where he spent 18 years before moving on to a number of senior appointments in several universities, specialising in the development of the research capacity and the research performance of staff. Andrew recently retired from his full-time post at Leeds Beckett university where he was Deputy Vice-Chancellor. Andrew also spent many years directing, producing, and acting in around 50 plays at the Georgian Theatre Royal in Richmond, North Yorkshire, his home since 1979. He taught five actors to ring for the two feature length BBC TV films of the Herriot Vet series including teaching Dr Who (Peter Davison) to ring. He brings to ART an understanding of how to work through others to achieve strategic and tactical goals and an in-depth experience of the world of quality assurance of education programmes and activities. He has also devised and delivered many change management processes as universities have evolved over the last 30 years.

Andrew was introduced to bellringing through handbells. Having been shown how to ring Christmas Carols on handbells at his Church Youth Club in Turnford, Hertfordshire (no bells!) Andrew spotted a sheet of numbers which proved to be Plain Bob Minor. The rest is history. He learned to ring a bell at Cheshunt, Herts and learned to ring at Waltham Abbey, Essex. Andrew was elected to the College Youths as a youth and rang regularly in London and elsewhere with people who gave him an excellent tutelage which has sustained him throughout his ringing career. Now living in Richmond, North Yorkshire, Andrew has held many posts in his branch of the Yorkshire Association of Change Ringers and is currently Chair of the Cleveland and North Yorkshire Branch and Librarian and Archivist of the Yorkshire Association. He is a Trustee of the Taylor Bell Foundry Trust who are about to start a major development of the buildings and the associated museum. This work will preserve the last remaining full service Bell Foundry business in the UK and provide a heritage asset for both bell ringers and others interested in the industrial history of the UK.

Whilst new to ART, Andrew has taught many people to ring, principally during his 28 years as Ringing Master of St. Mary’s Richmond, North Yorkshire, his home tower. A firm believer in theory and practice both being necessary to develop ringers, he welcomes the opportunity to bring the skills and experiences of his work and his hobby to bear on the task of maintaining and developing the Art and Science of Bellringing in the UK way, as practised across the world. 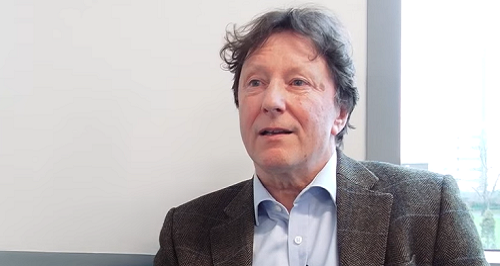 Ring for the King - Teaching Forum