Pop-up simulation - just one at a time!

When teaching a new ringer from scratch it can take varying amounts of rope time, but, often long periods of repetitive ringing whether you are teaching traditionally or practicing for Learning the Ropes Levels 1 and 2. This can be very annoying to your neighbours so “silent practice” has the major benefit of allowing you to ring for longer periods or at unsociable hours, or on multiple bells teaching a number of ringers at the same time. It also offers a lot of usefulinformation for feedback and allows the learner to ring with other bells without the need for actual ringers!

Silent practice can be used at the various Ringing Centres and towers fitted with simulators BUT the original idea behind Belfree and Simbell was to make silent practice available in any tower, on a temporary basis. Steve Farmer (Simbel) and I (Belfree) have found since the launch of our products that nearly all interest has been for full installations of six or eight bell setups for various towers. Part of our original concept for these new types of wireless sensors was that they should be simple and straight forward to set-up, thus giving the possibility of easily portable, ”pop-up” silent ringing in any tower!

All that is required is a clapper “full muffle” or “tie” (i.e. motorcycle tyre segment, other such muffle or rope), a single sensor mounted on the training bell, and a dongle receiver which plugs into a reasonable specification Windows PC running one of the simulator software packages (Abel, Beltower or Virtual Belfry) or for for teaching bell handling just software that goes “bong” at the right time!This applies to both Belfree and Simbell sensor setups.

In the near future it will be possible to attach the dongle to a suitable Android Smart Phone or Tablet running the newly released Methodology app (See Google Play Store) but in the meantime it is possible to buy a reasonable spec second hand Windows 8 or 10 PC online for £200 to £400.

All you should have to do then is to plug in the dongle and open and set up your chosen simulator package and away you go.In either case it’s then easy to leave either the mount or the reflective tape on the wheel making it easy and quick to set up prior to a practice session and pass on to another tower in-between if required.

For LtR Level 2 practice you can use the simulator with the learner ringing any bell to simulate covering or ringing rounds with a set of perfect ringers; no need for your band to ring endless rounds in the early stages of learning. The striking statistics can be very useful for giving immediate feedback and also provides a valuable measure of progress and in some cases, especially younger learners, a competitive element to keep them interested too.

“It’s not rocket science” and can make a huge difference to the amount of rope time you can make available. Simulation is NOT just for Ringing Centres and I would strongly recommend anyone interested to attend one of the ART Simulator Awareness and Teaching LtR with a Simulator Workshops where they can learn how to set things up and teach bell ringing using this technology. 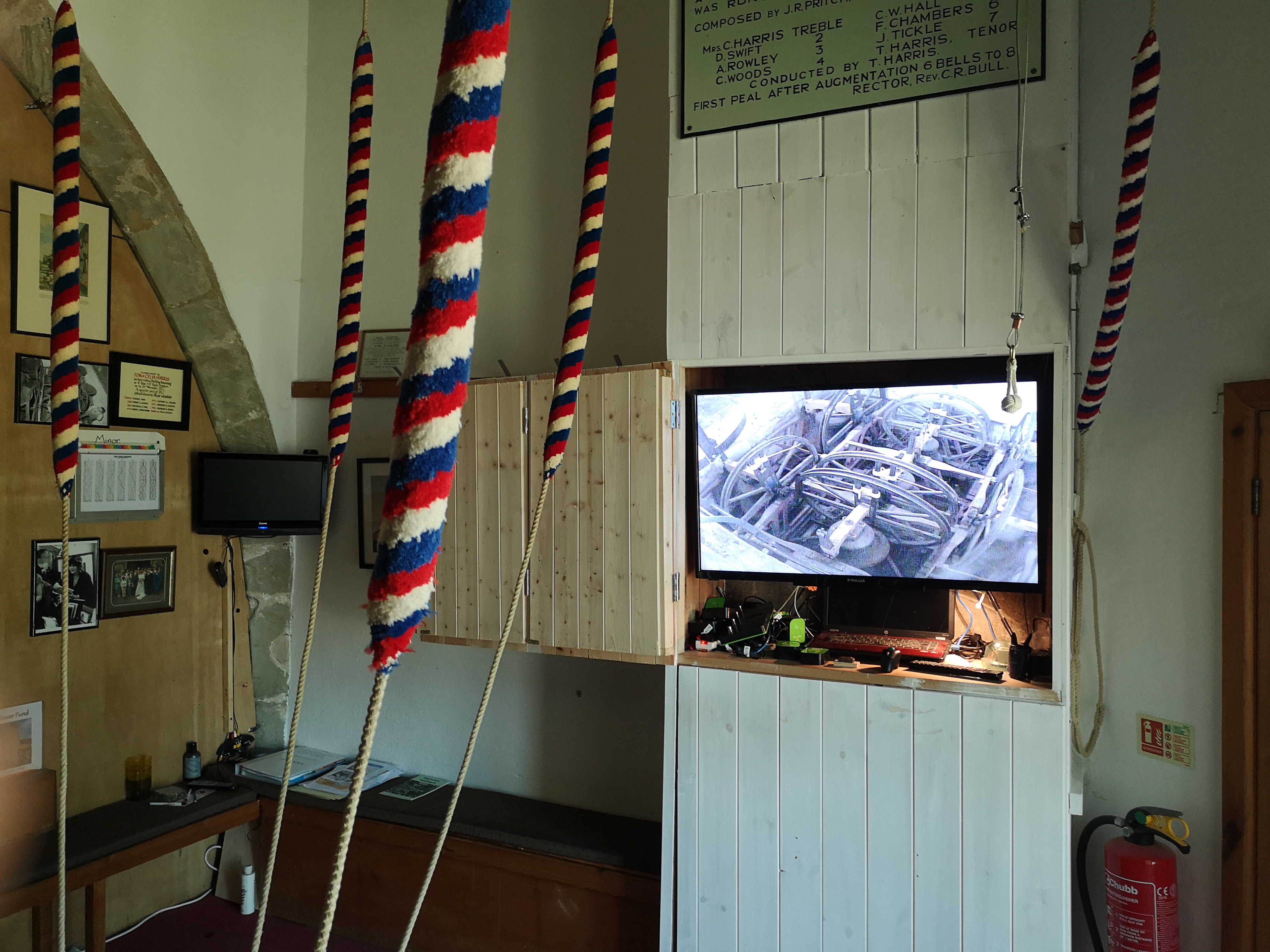