Ten people attended the course held at Pilton on 13.04.2016. Eight were training as teachers and two as mentors.

The course was divided into theory and practice sessions allowing the participants to trial the teaching method immediately after learning about them.

During the day the trainer, Graham Nabb, broke down the action of a whole pull of a bell, into its component parts.This exposed each element and allowed the trainees to see how it was possible to practise each element separately.Graham explained how important it was to introduce new ringers to each element of the hand stroke and backstroke of ringing, in a safe and controlled way, and give plenty of feedback and praise in the process.This would ensure that new ringers felt positive about their new skill and have the confidence to move forward, combining the elements to ring confidently.Graham suggested activities which would help practise the elements of bell ringing but emphasised that each learner was an individual and that the learning process for each would be therefore also be individual and that teachers needed to be able to come up with activities of their own to help sort out these individual problems

After each theory session there was a practice session in the tower to try out activities previously discussed.Trying to emulate some of the errors that new learners can make was both entertaining and seriously difficult – we all developed considerable empathy with struggling new ringers! Graham emphasised that it is really important to tackle and correct any poor handling before it gets embedded into someone’s practice as allowing it to become a habit makes it very, very difficult to alter later.

The course was extremely interesting and enjoyable.I think we all felt we had learnt a lot. Now we need to go forth and find some learners….

Many thanks to Graham for making it so interesting and rewarding and also to everyone who supplied refreshments and handled the organisation of the day.More days like this raising the standard of teaching will help to preserve the art of bell ringing for the future. 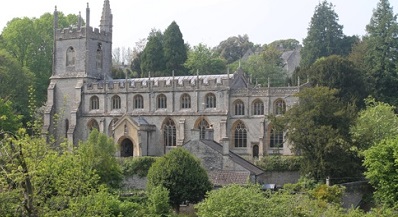