The bellringing club has been thriving as an after-school activity for an hour once a week and is now in its fourth year. With help from the ringing headmaster, parents and grandparents, and members of the Guild of Devonshire Ringers groups of up to a dozen pupils at a time aged 8 to 13 have been taught to handle a bell on the light (but rather tricky) six at St Petrock's church in Exeter, which is close to the school. The pupils have also dabbled with ringing handbells and have performed for the school concert, ringing both carols, and rounds and named changes on twelve bells. The pupils (with helpers) have rung St Petrock's bells at the start of their school fete on Cathedral Green. On two occasions the Guild mini-ring has been set up on the green for the fete and been used by members of the school and other ringers.

In 2013 the Guild of Devonshire Ringers was donated a set of 10 Saxilby Simulators (the Denmisch ring); after some deliberation and with agreement from the headmaster and school governors it was agreed to install these in a location in the school for use by the pupils and the Guild. During the course of the next year the school workmen converted an old workshop into a ringing room and the Guild installed the simulators and computer equipment in time for a few sessions before the end of the summer term 2015.

Weekly sessions on the simulators, with seven to twelve pupils, are now held in term time, assisted by a number of local ringers including the headmaster, parents, grandparents and Guild members. A member of staff has also been taught to ring and helps out at the ringing sessions.

Teaching initially concentrated on bell handling, but on the simulators this only takes one or two short sessions. The latest students were ringing rounds after the first session, progressing to call changes during the term, including some of the more experienced pupils calling the changes. Ringing the tenor behind (either with real ringers or with the simulator) is another useful exercise.

Several pupils have been encouraged to ring at local towers, benefitting St Mark's and Heavitree in Exeter and also towers at Woodbury, Kenton and Bovey Tracey. One recently won an award from the Guild at a novice striking competition and has since rung two quarter peals - one on the treble on six bells and then one on the tenor at Denmisch as his first on eight bells. Other members of his family are now learning to ring.

We don't expect all pupils to reach this standard. However the aim is that when they move away from the school aged 13 that they will have had a good introduction to ringing which they may continue with - even if they don't they will be in a good position to take it up later in life, perhaps at University.

While significant ringing progress was made while the pupils were learning at St Petrock's church there are a number of advantages of having the lessons on simulators in the school buildings:

Several pupils have now moved on from the Cathedral School to secondary education within the town. Exeter School has a teacher who is a competent ringer while the Maynard School has an ex-ringer on the staff. Both are interested in using the facilities at the Cathedral School (which have been freely offered) to teach ringers. The logistics of this are rather difficult to arrange at the moment. The best solution seems to be to have a regular session on a Saturday morning but this is difficult to arrange as so many Guild ringers are busy at that time. 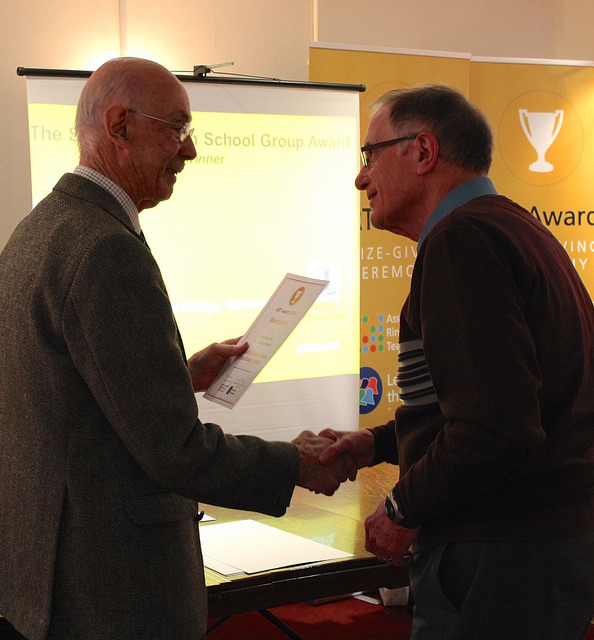