Old Brampton Church Bell Ringers - St Peter & St Paul’s Church, Old Brampton, Chesterfield, S42 7JG. 6 bells, 12 cwt. This is an all-age village church where young ringers form the majority of the band. In fact, since 2014 there have been more young ringers than adults in the band.

The band have one weekly two-hour practice; ring every Sunday morning; ring for weddings (10 in 2019); also for special events, meetings, etc. Young ringers contribute to church life in other ways, e.g. as choristers, servers, reading lessons, junior church. This keeps young people and their families involved and attracts new young ringers to the band.

Most of the young ringers have been recruited from the church congregation. When they are about 9, they are invited to learn to ring, and are attracted to it partly because they already know some of the other young ringers. This has a good success rate, with approximately 50% wanting to learn. Although not all do learn in the end, those that do tend to stay.

Although the intention was not to set out to create a youth group, the band has grown to have a majority of young ringers. Every year since 2014 there have been more young ringers in the band than adults. In the last five years, nine new young ringers have been recruited. Two young ringers have moved away and one has given up. All but one of the ringers who have gone to university are still associated with the band.

They put their success down to several key factors :

Lessons learnt: keep giving out paper copies of events/meetings, useful information, diagrams and homework, as the young people tend to lose their copies, or they are not forwarded/printed from emails sent to parents. 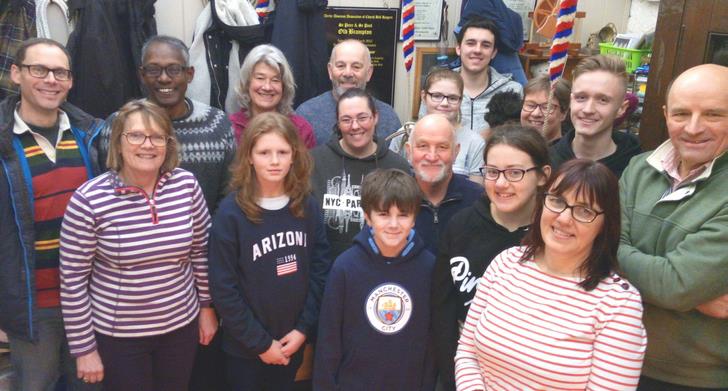