www.ringingroom.com was developed from scratch, specifically to enable ringers to ring together at any level of ringing with no special software or hardware needed. It is hugely accessible – you can ring anything from rounds to spliced surprise maximus as a group. Thousands of ringers are using it every week, including new learners and more experienced ringers.

Bryn and Leland have made imaginative and innovative use of existing technologies to greatly expand the accessibility of bellringing to an exponentially greater number of people.In less than a year, Ringing Room has gone from zero to about 10,000 users, and from one server to three.Its official Facebook page has nearly 500 followers, and the ancillary users’ group on Facebook (Ringing Room Take-Hold Lounge) has nearly 800 members. Moreover, these users have included not only existing ringers but those who have never laid hand to rope and are unlikely to ever have the opportunity.

Ringing Room has enabled ringers to ring together virtually during the pandemic when in-person ringing has not been possible.It has helped keep ringers connected during this difficult time and has helped them continue to learn and practise a variety of ringing skills: method-learning, rhythmic ringing, good striking, conducting and handbell ringing. The application has been particularly helpful to geographically distanced ringers, providing new opportunities to ring more frequently, learn from more experienced ringers and help less experienced ringers. Ringers not living near a tower or other handbell ringers, are now able to ring regularly and often and forge new connections.

Ringing Room is used to teach, and support others in doing so.This has already shown numerous benefits to ringers and ringing. First, it keeps ringing going in at least some form during lockdown. Keeping teachers involved and engaged is as important as keeping learners engaged, after all ringing needs both. Second, it advances the state of the art in bell ringing learning and teaching as a field of study. Every virtual class someone teaches brings new insights into what does and doesn’t work, how things can be improved, and what innovations can be introduced. Third, and probably most importantly, it normalises bell ringing – makes it something that people can picture themselves doing, and increases the number of people who even simply know what ringing is and how it’s done.

Formalised lesson plans based on sound pedagogical theory have been developed for use with Ringing Room; which are available from the Ringing Room Take-Hold Lounge. These plans plans have not only gotten some people more involved with ringing, but have provided fun and learning even for people who may never ring in a tower at all.While, of course, as with real-life ringing, only a percentage of people who try virtual ringing will stick with it, it’s still a vastly more accessible way to learn about ringing. New virtual-only classes are currently being formed in UK and US time zones to take place in the new year, with plans for an Australian class later in the year. Some of these classes have included skilled instructors as “students”, so that they can observe how the classes are run and incorporate these insights into devising their own classes.

People learning to ring using Ringing Room of course don’t learn bell handling as such, but they do learn many crucial skills that can later be applied in the tower: vocabulary, culture and etiquette, theory, their own “mental maps” of how they conceive of methods and call changes, and ensemble skills. The use of virtual technology to accomplish these things not only speeds learning, but frees up vital tower resources:students can learn online what would ordinarily take them far longer to learn in the tower, when they must combine these skills with simultaneously learning bell handling. Moreover, because learners are more relaxed than in the tower when they are learning in Ringing Room, they are able to assimilate the concepts.

Moreover, virtual ringing is rapidly becoming a practice in its own right, particularly for people who live far from any easily accessible tower or who have various physical disabilities (or both). The mental practice of ringing has its own joys, and Ringing Room makes them available to anyone. (One virtual-only student has, after only a few months, just rung his first quarter-peal inside; another is delighting in experimenting with devising new methods.)

While regular video gatherings have been important in keeping local bands together during the pandemic, it’s Ringing Room that has enabled many of us to continue having the weekly group mental activity, stimulation, and challenge that’s a big part of the joy of ringing. It has engendered new excitement in beginning ringers and expanded their integration with more experienced ringers.It has brought ringers at diverse locations together, often on a regular basis.

Bryn and Leland deserve recognition for their vision, expertise, and dedication to making all this possible through Ringing Room. 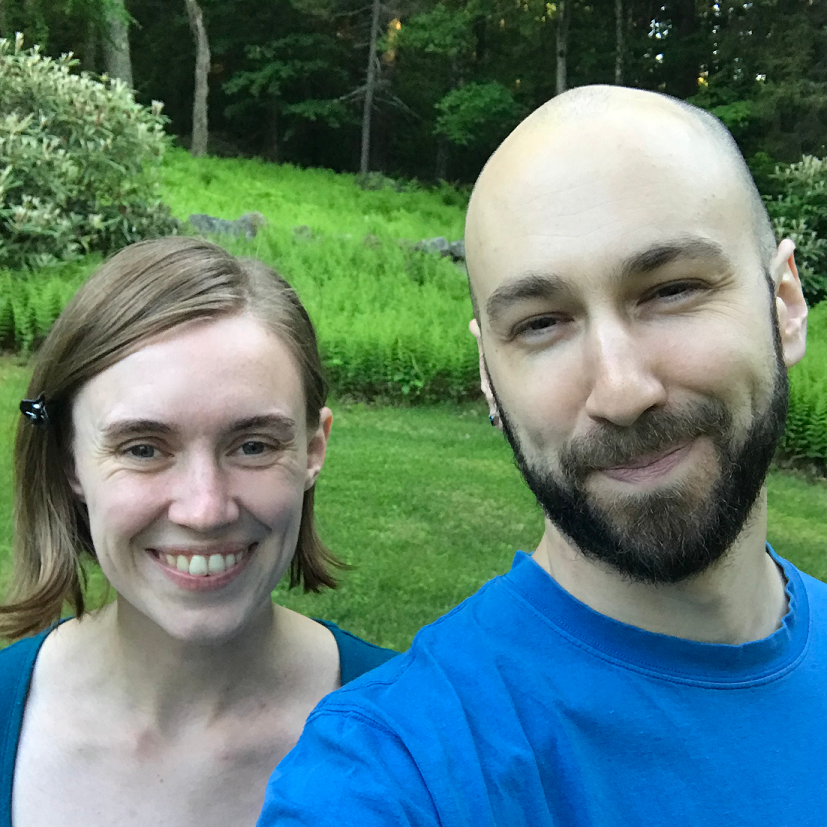