In early lessons a teacher can teach using IDEAS.

By teaching with IDEAS the teacher can ensure that each learner gets sufficient information to start off with the activity.

An example of using IDEAS to teach is when teaching hand transfers between the sally and the tail end.

This should be short and succinct – “This exercise is to teach you how to transfer your hands from the sally to the tail end after ringing the handstroke”.

This should be performed at normal speed and be repeated so that the new ringer can see the movement from every angle. This demonstration gives the new ringer a rough idea of the overall shape and timings for the action. First impressions are hard to change so the first demo is extremely important.

The explanation emphasises the key points. This can be talked through using positioning of the hands on the sally and rope when the bell is down.“The hands should remain close together at all times – the tail end should be in the cleft between the thumb and side of the hand visible on the ringers side of the sally – as the hands leave the sally they should move quickly and vertically down to a low and central finishing position at the bottom of the stroke – the top hand has to overtake the lower hand and join the rope underneath”.

The new ringer then imitates the movement. The activity phase should be the largest part of the whole process. It should start with the ringer performing the actions in slow motion on a static rope with the bell down.


Once they have got the idea they can transfer on to practise on a bell that is up. [In this case the new ringer is just practising pulling off the handstroke and ringing the following backstrokes, the teacher sets the bell.] If the ringer is having difficulty taking hold with the correct grip the teacher may have to position their hands on the sally and place the tail end in the correct position. It should be noted that the activity phase will help the learner to get the idea of what is required. It is important for every learner to be given sufficient time to practise and develop the skill.

This is the review of the exercise and should involve input from the ringer and the teacher. The ringer can explain how it felt to them, what was difficult and what was straightforward. The teacher can use the summary as an opportunity to give feedback to the ringer as to what was good in the performance and what still needed to be worked on.

This can be used during the explanation or as a means of feedback before the ringer attempts the action again.

Spotlighting involves focusing the ringer’s attention on one particular aspect of the action, such as the movement of the top hand as it leaves the sally and joins the rope at the bottom of the movement. For example the teacher might say “Watch the top hand now – see how it has to overtake the other hand to get to the bottom of the stroke to join with the other hand on the tail end”.

This feedback and spotlighting process can be used again in a loop, each time focusing on a particular part of the action, such as the grip on the sally or the finishing position on the tail end, becoming more specific as to what the ringer should focus on. 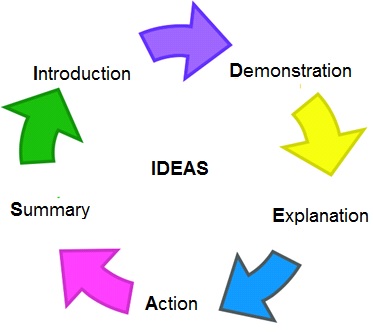 How long do I go on working on improving my learner’s handling style?

Are we giving our ringers what they really, really want?