Ringing Room - from getting started to host

Anthea Enzor was so excited to get started on Ringing Room with the ART Workshop in November and from there has been able to host a workshop for a group of six ringers. We would like to share Anthea’s story.

I just wanted to say thank you very much for getting us started on Ringing Room. We are now practising five times a week, two with our less experienced ringers and three with those who have been ringing a bit longer, although several of the more experienced ringers help out at the learners’ practices. We are also getting ringers from other towers who want to join in!

Two of them come along to the more advanced practices too, as they are doing so well.

Some of the more experienced ringers found it harder to adapt their ropesight skills to ringing online and there has been a lot of frantic counting going on, but their progress has been amazing too. We all found ringing on an odd number of bells is easier than even bell ringing, and there are still a couple who can ring a touch of Stedman Doubles, but can’t manage Plain Bob Minor very well. In fact these two are both having a go at Stedman Triples, something neither of them thought they would ever be able to do on tower bells!

The speed of the ringing does depend on everyone’s internet connections, and there can be some lag, although this improved over time. It also depends on the speed that the ringers can process what is going on on the screen, so we find we have to go at the speed of the slowest ringer in the band. However, it is very easy to stop and start again if things go wrong, and to have several goes at the same touch, probably something we would never do in the tower.

I am really intrigued to know how these skills will transfer when we eventually get back to tower bell ringing. For the learners I guess there will be a stage when they will have to work hard on their bell handling skills to enable them to ring what they are able to ring on Ringing Room. Also they will have to adapt their listening skills as they are used to pressing a key and hearing their bell ring straight away, not some time after they have pulled their rope as it would be in the tower.

For the more experienced ringers, I hope that, having had the chance to learn new methods and really understand how to ring them well, without worrying about physically ringing the bell at the same time. It will give them confidence to have a go in the tower. We will have to wait and see!

I recently had a conversation with one of our more experienced ringers. She said that her virtual choral society rehearsal had clashed with one of our Ringing Room practices, but she had chosen to ring as she was enjoying her ringing so much at the moment. She felt she has made more progress recently than she has for years. She also said that Ringing

Room has been great as it has kept us all together.

I can vouch for the fact that she has made a lot of progress, both with her method ringing on tower bells and also with her handbell ringing.

“You don’t know what you are responsible for! There I was, in my dressing gown at the breakfast table, surrounded by tidal waves of printed off blue line method sheets, an ever increasing number of hand drawn method lines, porridge, berries, coffee and feverish notes about bobs and singles. I really appreciate this opportunity to learn more about ringing.” 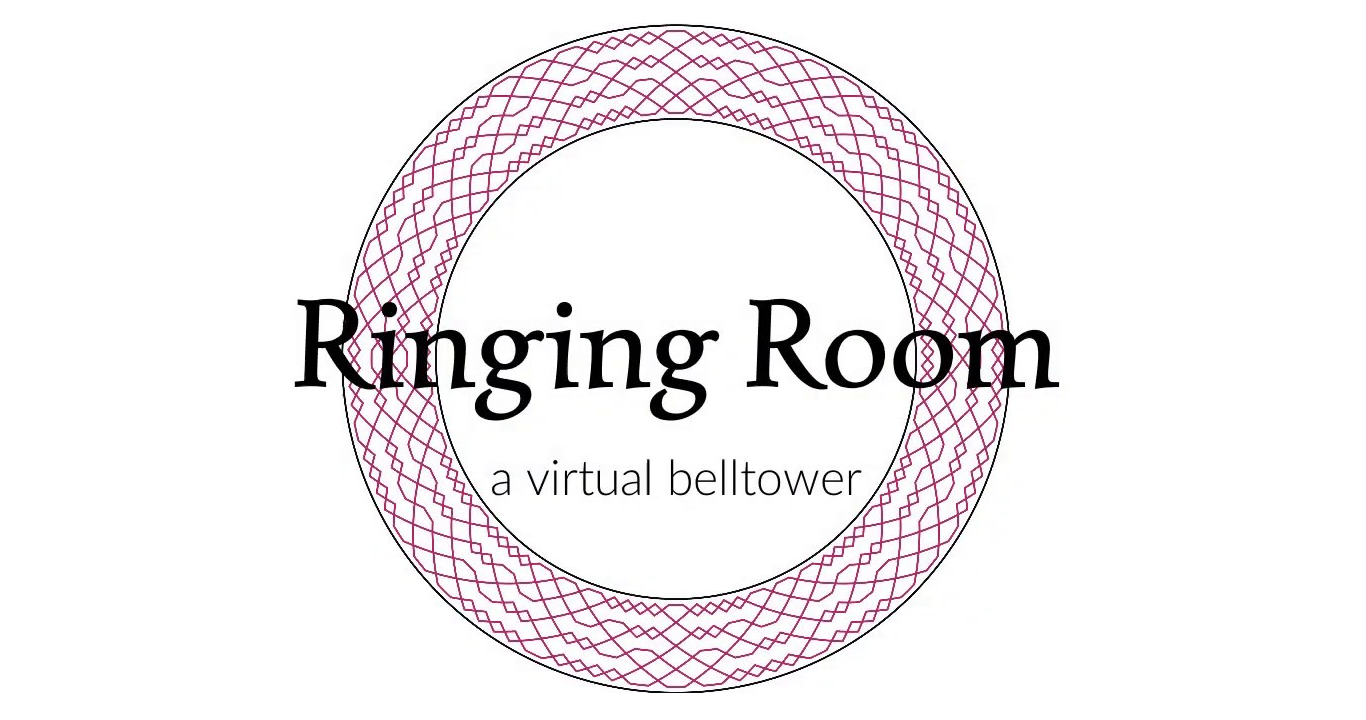