Record your screen in Windows

If you are on a Windows 10 computer, you can record your screen with the Windows Game Bar.

Built into Windows 10, Game Bar can easily capture screen activity from an application such as Ringing Room, Ding and Handbell Stadium. After you’ve recorded the ringing, the video is automatically saved as an MP4 file, which can then be uploaded anywhere you like.

You can record activity in most applications and windows, except the Windows desktop, File Explorer, and certain Windows apps, such as Weather. Navigate to the screen you wish to record and press Win+G to open the Game Bar. Several Game Bar widgets appear on the screen with controls for capturing screenshots, recording video and audio, and broadcasting your screen activity.

Click the Start Recording button to capture your screen activity. Instead of going through the Game Bar pane, you can also just press Win+Alt+R to start your recording.

Now perform whatever screen actions you want to capture. After you click on the screen, the Game Bar widgets vanish, replaced by a small floating bar in the upper-right corner of the screen through which you can control the recording. To stop the recording, click the Recording button on the floating bar.

Once the recording ends, a notification will appear to tell you that the clip was recorded. Click the notification, and File Explorer will open to the location of the recording. At this point, you can view the video file or upload wherever you want.

For anything more advanced, go to Settings > Gaming > Game bar and turn on the switch for Record game clips, screenshots, and broadcast using Game bar. Here, you can change any keyboard shortcuts associated with opening the Game Bar, taking a screenshot, and recording video.

Record your screen in macOS

Your Mac comes with its own screen-recording feature on macOS Mojave and higher. Open the app or window you want to record, then press Shift+Command+5 to open the system’s screen capture tool. From the bottom toolbar, you can opt to capture the entire screen, just the selected window, or a selected portion of the screen.

Click the Options button, and you can choose where to save your recording and initiate a countdown timer to start the recording. Make sure to check the option to use your Mac’s microphone if you’re recording your own voice or external audio.

Click Record Entire Screen or Record Selected Portion to begin recording. A Recording button appears at the top of the screen on the menu bar. Click this button to stop recording, and a thumbnail of your recording will be added to your computer. Double-click the screen recording file to play it in your default video player.

Record your screen in iOS

You'll want to record audio as well as video, so open the Control Centre on your iPhone or iPod touch, or on your iPad. Touch and hold the grey Record button and then tap Microphone. You'll only have to do this once, unless you wish to turn the microphone off.

When you're ready to start recording, tap Start Recording and wait for the three-second countdown.To stop recording, open the Control Centre and tap the Stop Recording button. Alternatively you can tap the red status bar at the top of your screen and tap Stop.

Go to the Photos app and select your screen recording.

» How to record your screen 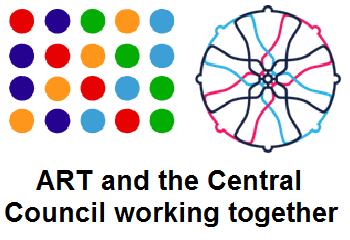 So you've recorded your video of some good quality ringing, you've located the video file. Then what do you do?

Your first option is to give it someone else (the village Facebook group Administrator or someone from the church). If the file is too big to email there are some free, easy to use file transfer services you can use, such as Dropbox or WeTransfer.

If you have a YouTube account then uploading your video onto your YouTube channel allows it to be shared on all sorts of platforms and embedded in websites or linked to social media. Anyone using YouTube will be able to find and play your video and you could become a YouTube sensation! One of the advantages of using YouTube is it takes care of different media formats so that you don't have to. Meaning that whatever device someone is using to view your video, it will play.

After recording videos you often need to trim parts of the video files at the beginning and end, where you're setting things up or shutting things down. There are easy ways of doing this.