The ART Award for Inspiring Leadership in Ringing - Lesley Boyle

Lesley is based in Ely DA, however, her Leadership Skills can be seen across East Anglia.

Lesley demonstrates her excellent leadership skills in a wide variety of activities, ranging from her role as Tower Captain in her home tower of Swaffham Bulbeck, helping out at Stretham REC, running mini-courses each month at Ely District meetings, being an ART Tutor for courses, to arranging meet-ups for ART Tutors and Teachers in East Anglia and helping maintain momentum and commitment among teachers and learners, ranging from Primary School age to ringers in their 70s and older.

Lesley is committed in her leadership role several times in a week, every month of the year. She is always ready to step in and adapt if necessary to help out or to enable a practice to go ahead. Lesley is dedicated and gives 100% commitment.

Lesley achieved her M1 and M2 accreditations in 2014 and ever since then she has been encouraging ringers in all areas of the exercise. There has been a gradual but steady growth in the numbers of teachers in East Anglia all of whom have been encouraged and motivated by Lesley’s positive and supportive approach.

Although growth has been steady, with the Ringing Remembers there has been a sharp increase in demand for teaching and support, which Lesley has responded to.

Lesley set up a school ringing group at Swaffham Bulbeck. Three years later, some of the original pupils are still ringing and more have joined. She is a very visible and open representative of ringing to the wider community. This year she took part as a group of teachers in the teaching programme at Ypres. Lesley has also helped integrate ringers from Cambridge University Guild into local ringing and supported their teaching of freshers.

Lesley has put in an immense amount of her time and energy to support and promote good practice in ringing teaching across East Anglia and beyond. There are many good teachers, local leaders and motivators in this region who look to Lesley for encouragement and support, knowing that their enthusiasm supports her in return.

As Tower Captain at Swaffham Bulbeck, Lesley has helped the band to grow steadily and develop to be able to include surprise major in their repertoire. New ringers are regularly welcomed and given great opportunities for progression. An initiative by Lesley to run school group practices has brought in several young ringers aged under 14 who have achieved at all levels in Learning the Ropes.

Lesley has contributed to the development and running of the Ely DA Education programme by being involved in the Stretham Ringing Education Centre and tirelessly promoting ART teaching throughout the Association. As Ely District Ringing Master, she has instigated a theory session before each Ely District practice. This includes method structure and conducting skills relevant for the planned method of the month. These are then put into practice immediately during the following ringing meeting which is also run by Lesley.

Since 2016, there have been 16 ART day courses in East Anglia alone which has resulted in 35 accreditations. Many of these Lesley has either run or supported with her usual energy and enthusiasm. She greets everyone and every project with a smile and she carries other people with her because of her tolerance and good humour, and also because of her obvious capabilities – not just in ringing but as a leader and project organiser. Lesley's lesson plans are legendary – detailed and thorough and sometimes legible!

She is forward thinking and knows what she wants to achieve. An example of this is her desire to encourage more people to follow though to accreditation. She organised a Teacher's Refresher Day at Stretham which brought many people previously 'under the radar' in and resulted in several more accreditations. It also created new relationships between people previously unconnected who could then go on to develop their own teaching networks.

Lesley is proactive as an organiser and has introduced many things which have come to be regarded as good practice for other areas to follow – for example a school ringing club and a regional ART Teachers forum, and she is a contributor to her own Association’s Recruitment and Training Committee. To support the Ringing Remembers Campaign, she was instrumental in setting up ringing meet-ups for the new learners to support them and their teachers, and also to help them to appreciate the social side of ringing.

Although she is an outstandingly good ringer, she is modest and generous in her outlook and approach. She is approachable by anyone whatever their level of ringing progress and she never makes anyone feel less than adequate, whether at her own tower practice, at a day course or among a group of teachers. Lesley is dedicated and gives freely of her time which is generous considering she is also working full time.

The specific progress has been made during 2018 includes:

A new teacher on one of Lesley's most recent M1 course said: 'The calm and confident manner in which Lesley delivered the course had reassured us all: yes, we really can teach handling from scratch without any difficulty and there is nothing scary about it after all.'

An experienced ringer says: 'I well remember a kind smile and comment from her when I was struggling with a heavy bell, which gave me confidence that I could sort it out - when many conductors would have been critical and discouraging.'

And a young ringer mentored by Lesley says: 'Lesley is a true inspiration and wonderful teacher. She has given me so much help, from teaching me handling to driving me and another young ringer to Birmingham so that I could take part in the 2018 Masterclass. She has encouraged me to take up ringing on higher numbers and handbell ringing. As well as that she is a great tower captain and District Ringing Master for the Ely DA. Apart from all this, there is one thing for certain and that is the fact that I wouldn’t be ringing at the level I am today had it not been for Lesley for which I am infinitely grateful.'

Lesley already has plans to continue and encourage the progress of all the Ringing Remembers recruits.

Other events are planned to support progress of existing ringers in the area to thank them for all the help they have given to new recruits in 2018.

Additional developments include running sessions for teachers to become more familiar with the accreditation process, more M2 teaching practices and promoting and running the M2 courses.

Lesley’s style encourages others to participate and try new things. She has already instigated many new things in her own Association area and the trickle-down effects can be seen throughout East Anglia, for example in the new Mancroft Ringing Discovery Centre in Norwich and in the new wave of involvement being seen in Essex.

We can only see this enthusiasm growing and motivating many other new ringers and teachers, and it may also break through to other groups which may not be supporting teaching as much as they could be. 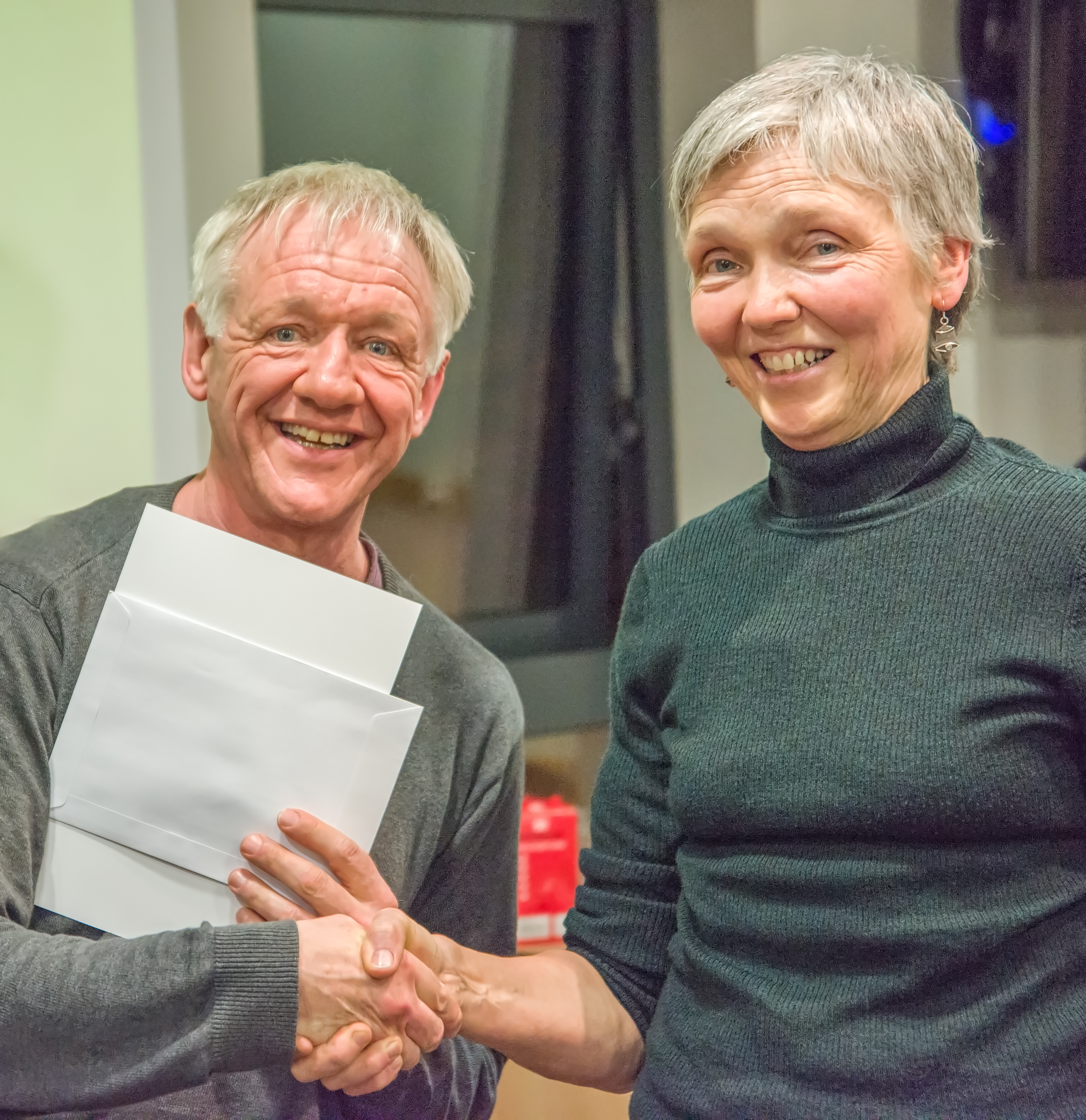