Old North Berks Branch runs in the Abingdon/Wallingford/Wantage area of Oxfordshire - a Branch Ringing School (BRS), running LTR1 and LTR2 groups weekly. The LTR1 group meets for an hour each Saturday morning, visiting a different tower each week. A course is arranged when enough learners (3 to 6) are on hand. The charge for the course covers the cost of the Ringers Personal Progress Logbook and the Guide to Learning the Ropes.

The LTR2 group (14 learners currently) attends a different practice night each week for an hour, starting 30 minutes earlier than the normal practice, when some of the ringers from the tower come along early to help the visiting learners.

Since May 2016 when we ran the pilot intensive course, we have run three more LTR1 courses (May 2017, Jan 2018 and Oct 2018). We have run an LTR2 group weekly since September 2017 to provide continuity for the new ringers. Some learners from towers we visited have joined the LTR2 group. Fourteen ringers have started ringing in the LTR1 group (4, 4, 3, 3 in the four courses held). Six continued to the LTR2 group with five of them continuing to this day, They have been joined by 6 ringers from towers we have visited over the course of the last year.

Over 40 different teachers have lead or helped with the sessions. Probably over a hundred ringers have joined in with a session in their tower for the LTR2 group. Learners have ranged from: Two school age, two under 40, seven between 40 and 60, nine over 60. Teachers and helpers of all ages.

The visits to practice nights have been beneficial in that the ringers in the less developed bands have had far more contact with the branch than previously, with local ringers helping the branch learners. Learning to ring Kaleidoscope with pride has been a revelation for some bands. The innovation and energy brought to training in the branch is something new and is invigorating the branch.

As a branch of around 250 members, we have encouraged individual towers to recruit learners and to invite the Branch Ringing School (BRS) to help them to train their new ringers. We have recruited 20 over the two and a half years. Other learners have been recruited by towers in that period but prefer not to send them to the BRS.

Our approach is innovative because it visits most of the towers, only omitting those where there are particularly difficult bells or neighbours. Additionally, over forty branch members help with the teaching at LTR1 or LTR2 levels. The BRS helps to bring the branch towers/ringers/learners together and encourages more support of branch activities. Teaching in a group has meant our learners have become a social group and this is helping to improve retention.

In 2018 the LTR2 group numbers have grown, with up to six attending a session. This popularity is really rewarding and ensures the continuity of the sessions. The LTR2 groups are led by people whose attitude to teaching has been positively affected by the ART. Sessions include ringing exercises which are often new to the ringers in the towers visited. Sessions often include a lot of laughter at the games involved. Ringers are also pleased to earn LTR certificates. We are finding that people are beginning to ask to join after hearing about their friends’ success.

Group teaching of LTR1 has proved to be rewarding for the teachers concerned. We all pick up ideas from each other and spot things that we may have missed otherwise. The leadership of many of the sessions can now be delegated to other teachers.

Individual towers use different means to recruit with some promoting ringing through visits by youth organisations like the Scouts & Guides. The best recruitment tool in this limited group proved to be Facebook, followed by friend recommendations.

To introduce a weekly LTR3 group to teach Plain Hunt. Having attended other practice nights, learners will know where they can go to learn more and need to take control of their own learning.

I have taken the LTR2 group to a few practices outside our branch. We could widen membership to learners from neighbouring branches. But part of the success is down to the closeness of the towers. Other Branches and Guilds may wish to use our ideas and adapt them.

Three experienced ringers, two of whom helped with teaching LTR1 in the BRS, enrolled on the ART Module1 course in February 2019.

The BRS is characterised by three interdependent features: 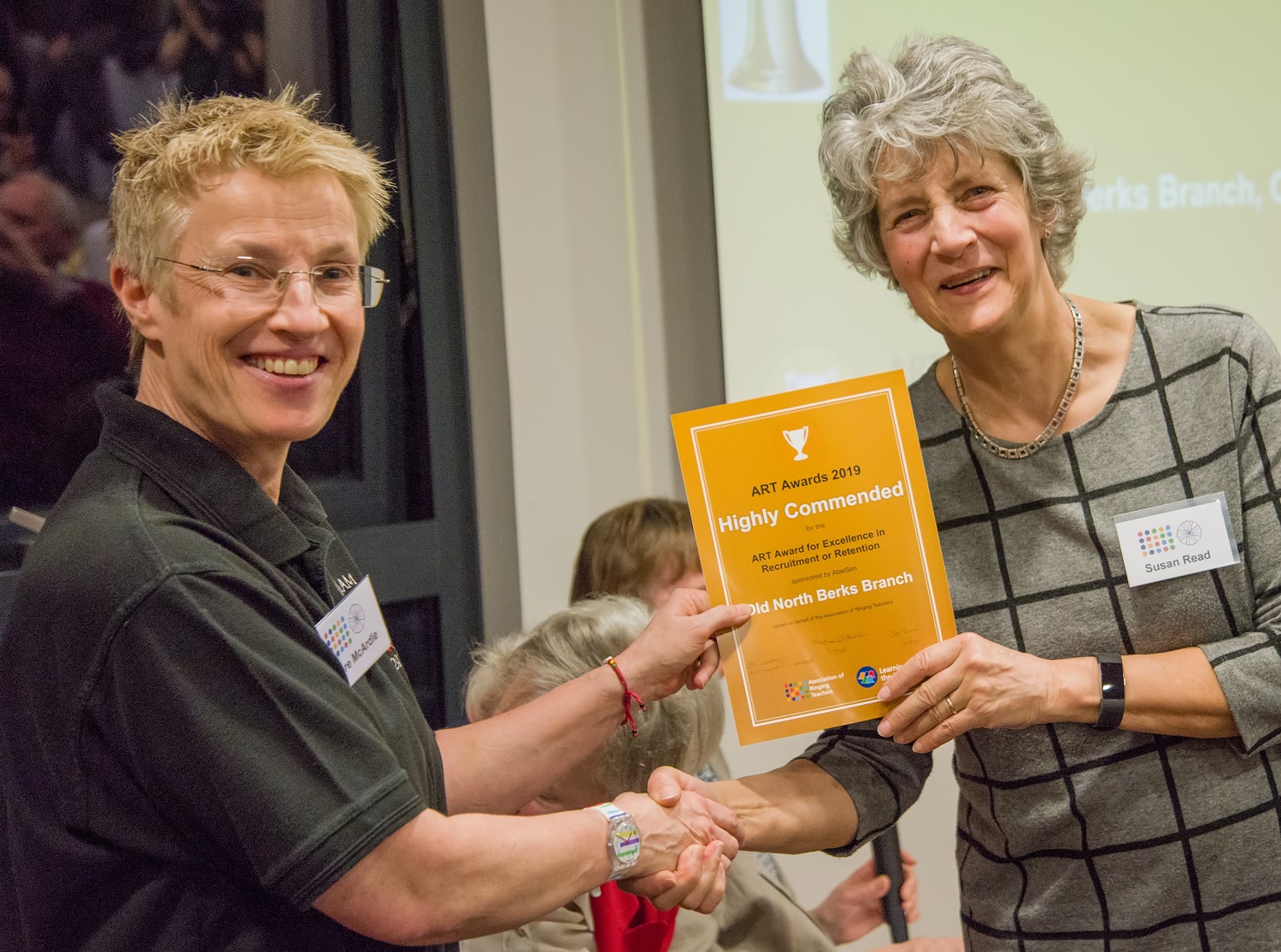