The ART Award for Innovation in Recruitment or Retention - Geoff Horritt

Geoff Horritt is the local organiser at the Weston Hills Ringing Centre (WHRC) an ART Hub, and Ringing Master at Sandon & Wallington. He is involved in all forms of training for ringers from initial handling up to Level 5 LTR across the benefice of Weston, Sandon, Wallington and Rushden, in particular at Holy Trinity Church Weston, the centre of the WHRC. Training has been taking place for around 5 years, and has been more structured since 2015.

The initial objectives set out in 2015 were to build a training Centre at the tower of Weston to provide focussed training from handling up to Level5 LTR and beyond, to serve the local towers in the Benefice, and then be extended to the District. In addition two local towers at Sandon and Wallington were to have single bell sensors installed. These initial objectives have been met this year with the installation of sensors on all bells at Holy Trinity Weston, and the setting up of two work stations.

The formal arrangement for an ART hub has been put in place, The Weston Hills Ringing Centre (WHRC an ART Hub). The sensor at Wallington is installed. In addition a mobile frame and Saxilby dumb bell have been built and tested. Of the 30 new recruits who have been taught for local towers (20 this year alone), two trainees reached Learning the Ropes Level 5 in 2017 and attended the Birmingham Masterclass.

The hard work and effort over the last 5 years has resulted in considerable success particularly this year.

Specific qualities and achievements in relation to Recruitment:

Where did our recruits come from this year?

The following has brought success:

Other successes for Armistice Ringing Weston:

The number of ART trained teachers in our district is significant: 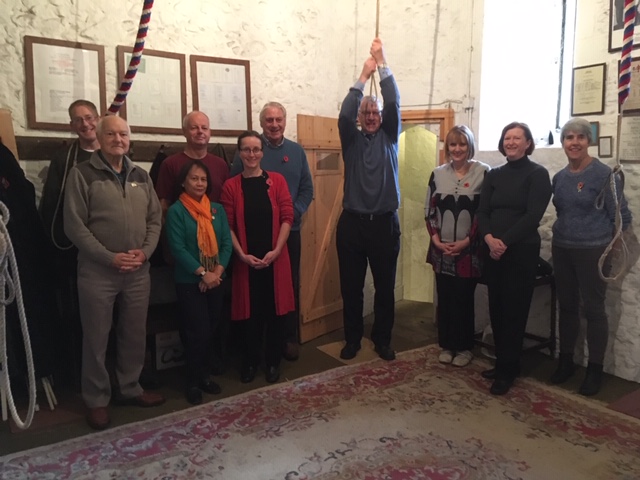 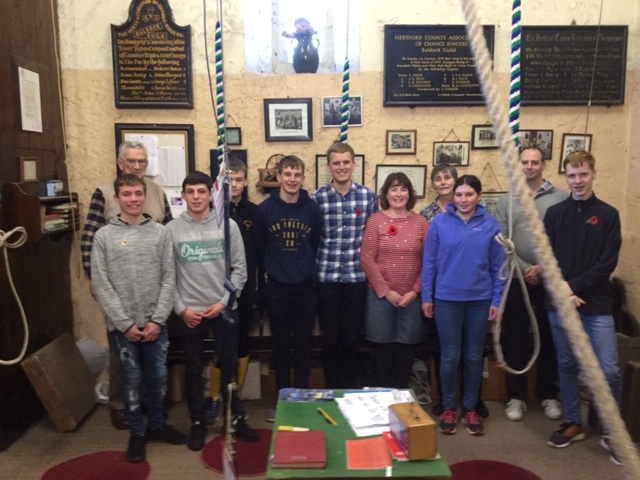