The Cambridge University Guild is a well-established (137-year-old!) student ringing society with a diverse and active membership, both in terms of residents and the ‘wider guild’ across the country who come together for larger annual events. The core of the society, however, remains its student ringers, who meet twice a week during term for practices, as well as plenty of other ringing-related events and a thriving social calendar. Our ringing revolves around the centre of Cambridge, with weekly meetings at St Andrews (a lovely but not particularly gettable 8), St Bene’t’s (a challenging 6) and Great St Mary’s (a stellar 12, mostly run by the local band), and frequent visits to the bountiful local pubs.

Historically, the Guild has existed on the cusp of ringing excellence, but in recent years the focus has shifted to the more modest, but all the more important, progression of simple method ringing skills. We’d admit that, in the main, membership has been gradually declining over the past few years, to such a point that the undergraduate activities of the Guild could have been threatened by a particularly unsuccessful freshers’ week this year. Nevertheless, the nucleus of ringers who do participate are an enthusiastic, tight-knit bunch; the challenge undertaken this year, therefore, was to make use of this dedication to expand our numbers to a more sustainable level, whilst crucially maintaining the social dynamic which glues the Guild together.

The first hurdle to overcome this academic year was the freshers’ fair at the start of October; in a typical year, this would involve sitting at a table in a marquee, waving handbells and spontaneously shouting “bellringing?!” to try and attract interest and attention. Suffice to say, the success of this method is often limited. Clearly, a new approach was required if recruitment was to be significantly improved. This came in the form of The Charmborough Ring, a relatively hefty mobile six, which we erected in the middle of Parker’s Piece, outside the Student’s Union marquee. It’s big, loud, and properly looks the part, which was great for grabbing people’s attention. What’s more, they’re very easy to ring, so newcomers could be successfully ringing one stroke within a matter of minutes. People could get a very genuine impression of what it is we do, and witness our enthusiasm for ringing (and excellent matching hoodies) first-hand. Any existing ringers also had no excuse for missing us!

The upshot of a successful two days at the freshers’ fair was almost 150 new email addresses for our mailing lists, the majority of which went onto a dedicated ‘learners’ list. At our first event of term, a “have-a-go” session for new recruits, almost 30 new faces turned up, and the freshers’ practice which followed featured ringing on all 12 at Great St Mary’s (GSM).

This initial euphoria gave way to the hard graft of actually teaching all these students. Within Cambridge, GSM is really the only candidate for effective teaching, with a full complement of well-behaved bells, dedicated ringing room, recently-updated simulator, and easy access to the belfry. Sessions were obtained there twice a week – before the GSM practice night, and before evensong ringing every Sunday – in addition to a slot at St Bene’t’s before the University Guild’s practice night. We are lucky to have a relatively large pool of capable teachers, coming from the student Guild, other resident members, and local ringers – the challenge was sorting the logistics of getting the right number of teachers to each lesson. This was overcome with the power of an online spreadsheet, via which students could sign up for advertised handling sessions, and teachers could then put their names down to meet demand. In a sense, the system then became self-organising, with only occasional chasing-up required.

As people had actively put their names down for sessions, they also felt obliged to turn up, so attendance remained strong, often getting six to eight learners per session, on the upper limit of the number we could accommodate. In general, teaching was on a one-to-one or one-to-two basis, working session by session through the basic skills, and all 10 of those who have stuck with it were at the very least attempting both strokes together by the end of term. There has been a strong focus on ringing up and down, as the intuition gained by doing this (regarding how hard and when to pull) is valuable. Teaching has also involved the use of handbells to explain call changes and simple method ringing – this was particularly important as it gives the learners a sense of motivation to master the (dare I say tedious!) business of handling a bell in order to move on to more interesting pastures.

The Guild’s online presence has also received something of a makeover this year, with a brand new website (cugcr.org.uk) engineered over the summer ready for fresh recruits to admire. Our Twitter feed is kept busy with updates from our frequent social gatherings and occasional ringing exploits, both of which have received above-average attendance so far this year.

Across the board, progress so far has been very encouraging – particularly amongst those who regularly attended the Sunday sessions, which are longer and afford an opportunity to integrate with the rest of the Guild at the beginning of our service ringing. In my opinion, the most exciting aspect is that it’s still very much a work in progress – even our most dedicated learners have only been at it for eight weeks, and are just beginning to ring call changes with the rest of the group. This means there is still plenty of work to do, and plenty of fun to be had, throughout the coming term – a particular priority will be rapidly bringing our learners up to a level where they can usefully attend our regular practices and service ringing, greatly increasing attendance for the Guild as a whole, and hopefully solidifying its future.

All in all, the successes of this term have been thanks to the passion and dedication of the resident members; either directly through their willingness to turn up and teach every week, or indirectly by helping with the freshers’ fair, aiding the have-a-go session, or simply providing a warm welcome for all.

The numbers: 11 different teachers have taught 14 different newcomers over the course of an 8-week term; 10 of these learners came to a lesson in the final week. In a typical year we’d see one or two beginners!

The short-term challenge over the coming term will be to fully integrate the beginners with the rest of the resident guild. This has already begun to happen, with weekly evensong ringing providing a good overlap, and the organisation of a number of dinners which have been popular across the board. In order to extend this inclusion to practice nights, we hope to run a few intensive handling sessions at the beginning of next term, making use of the enthusiasm present in spades to bring everyone up to a decent standard in order to maintain interest.

Looking further ahead, I believe it will be important for the Guild to be fully geared towards recruitment and teaching, making it a core activity rather than just something we happen to do occasionally. In order to achieve this, we will need a continuous supply of capable teachers for years to come – so effective training of our existing ringers will be an important activity. 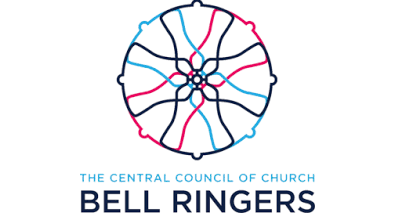 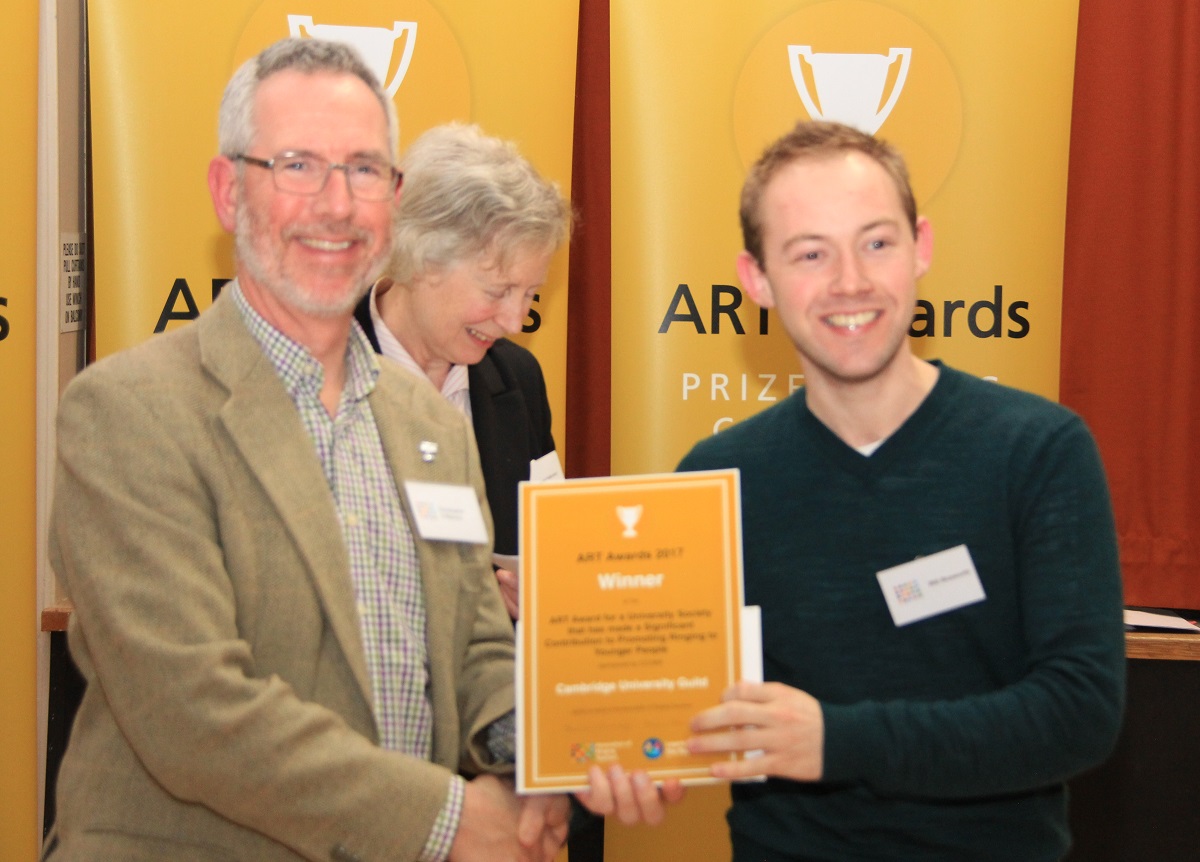