Christine is the very first graduate of the Birmingham School of Bell Ringing. She has the distinction too, of having been one of the students who attended the inaugural session, at St Paul’s in Birmingham, as the School opened for business in September 2013. In addition, Christine’s success can be seen as an endorsement for group teaching – one of the founding principles of the BSoBR.

This was not Christine’s first attempt at learning to ring. It was in fact her last attempt at learning before throwing in the towel. She overcame considerable problems with anxiety about bell handling to finally master the skill and has subsequently come a long way. With gentle encouragement and a teaching approach that paid dividends by allowing her to work at her own pace, Christine has become a competent method ringer and contributes a great deal not only to the local band at Harborne in Birmingham, but also in the wider Birmingham area.

Christine has shown considerable resolve and determination to succeed. She has become a pillar of our local band and since attaining Level 5 she has continued to make personal progress whilst helping others along the way.

Since achieving LtR Level 5, Christine has continued to make good progress and she has become a competent ringer who can be relied upon to ring with less experienced ringers.

She has rung a good variety of methods and is able to transfer the skills she has learned to enhance her own development. Notably she has been able to progress from ringing Plain Bob and Grandsire Doubles to ringing Minor, Triples and Major by applying the principles of extension. She is currently working on Stedman with the same goal in mind and has recently begun learning Cambridge Minor. She is on the cusp of achieving her first peal and this will be arranged in the near future.

When she started ringing I do not think she believed that she would achieve the things that she has. It has been a pleasure to help her exceed her expectations.

Her contribution to ringing at Harborne and more widely with the BSoBR cannot be underestimated. She is particularly good at offering peer support to students at BSoBR and is a valuable asset by virtue of being an example to them of what they can achieve.

Christine has become an accomplished ringer at her local tower. She has had the advantage of ringing with a well established band and people who are dedicated to helping others develop their ringing skills, which has enabled her to make progress and she still continues to do so. Christine is conscientiousous with preparation and keen to learn more methods. She has been ringing Stedman Doubles for a while now and is working on extending it to Triples. She is just starting to ring Cambridge Minor. When a suitable date can be found we will attempt her first peal.

It is gratifying that having benefited from the local resources in terms of support from experienced ringers, Christine has now become one of those ringers and is contributing to the development of others.

The Learning the Ropes Achievement Awards 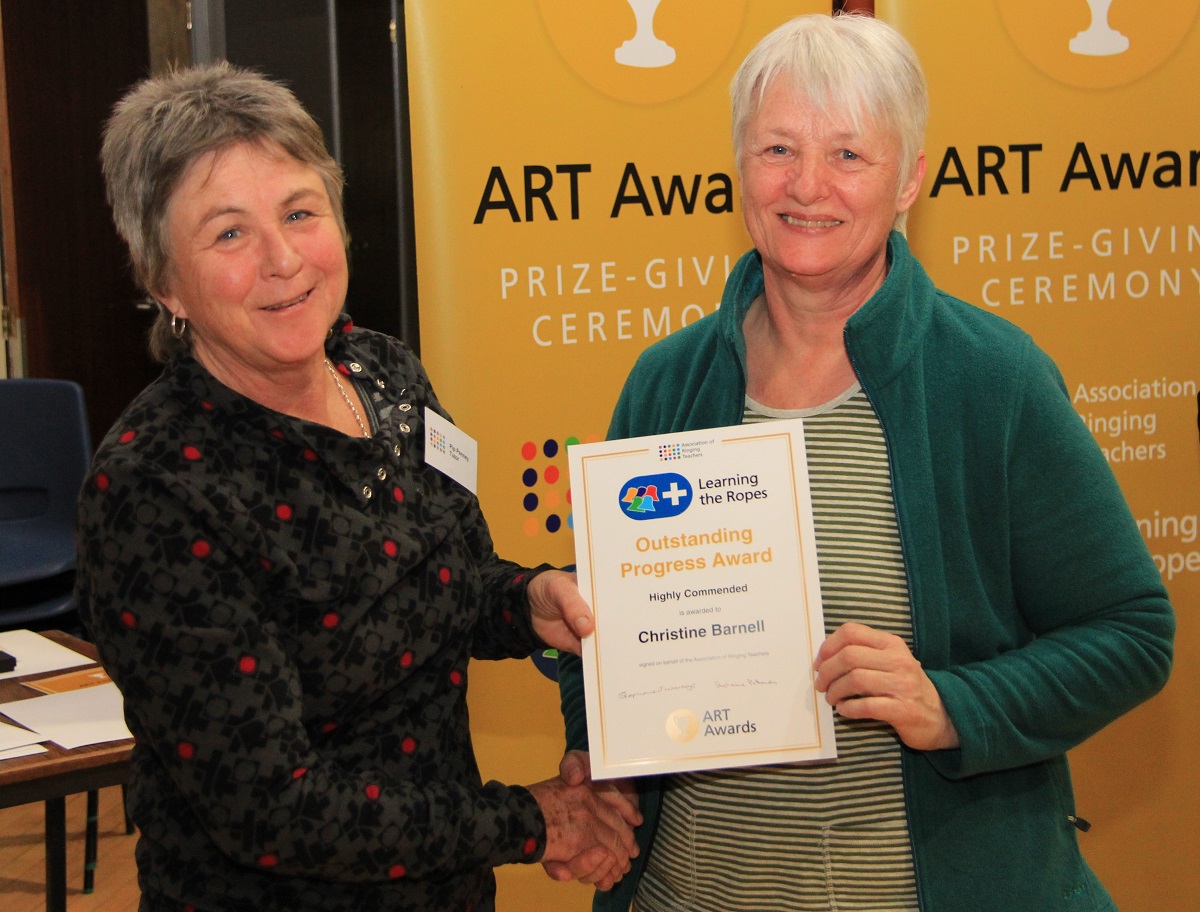