Sophie Martin is a young ringer from Abingdon. Sophie learned to ring at St Helen’s, Abingdon early in 2014 aged 10 as part of Susan Read’s group of learners. She made steady progress, ringing her first quarter-peal, Plain Bob Doubles, that same year. She rang her first peal, Plain Bob Triples inside, last year aged 12. This year her ringing has really taken off since turning 14 and she regularly rings courses of Surprise Minor and Major and methods on 10. She has rung peals of Yorkshire and Lincolnshire Surprise Major, Spliced S Major in 4 methods (C,N,R,Y) and a peal of 7 Minor methods, five of which were Surprise. She has also rung 15 quarter-peals ranging from Doubles to Surprise Major. Sophie is supported with help with her with method learning and she has been given opportunities to attempt peals and quarter peals whenever possible. She completed LtR Level 5 in May 2017.

Sophie has the rare gift of being able to learn a method and ring it without making a mistake and in all her peals and quarters she has never made more than one small error. In addition, her striking is excellent including on 10 when she regularly rings Grandsire and Stedman Caters and Plain and Little Bob Royal. She regularly attends the local practices and is very faithful in ringing for service at both Abingdon churches. In particular she attends the Friday night learners’ practice, where she learnt to ring, and now more often finds herself in the position of helping the other youngsters which she is very willing and able to do. This year she has been attending branch practices and is often one of the more advanced members of the band and so able to provide good support for others. She has been to 15 of the 24 young ringers outings which have been organised since July 2013. In the wider Guild context she has been a helper on Guild courses including the Steeple Aston course this October.

I am particularly proud of her achievements because I have been involved in her ringing career from the start. As a peal ringer myself I am pleased that she has taken to that aspect of ringing with such enthusiasm and competence. Sophie’s rapid progress, particularly this year, combined with her excellence in striking and method ringing make her a very worthy candidate to receive this award.

During 2018 Sophie will be ringing more peals of Surprise Major, including Spliced, and peals on higher numbers. She has a peal of Cambridge Surprise Royal booked for March which I’m sure she will ring very competently. The help that she gives to others indicates that she will in due course be a good ringing teacher herself. She has been asked about becoming an ART Teacher and she is very enthusiastic about the idea so I expect her to attend an ART course in 2018. Her calm and pleasant attitude also leads me to believe that one day she will take on other roles in the ringing exercise and I think she will make a very good Tower Captain. 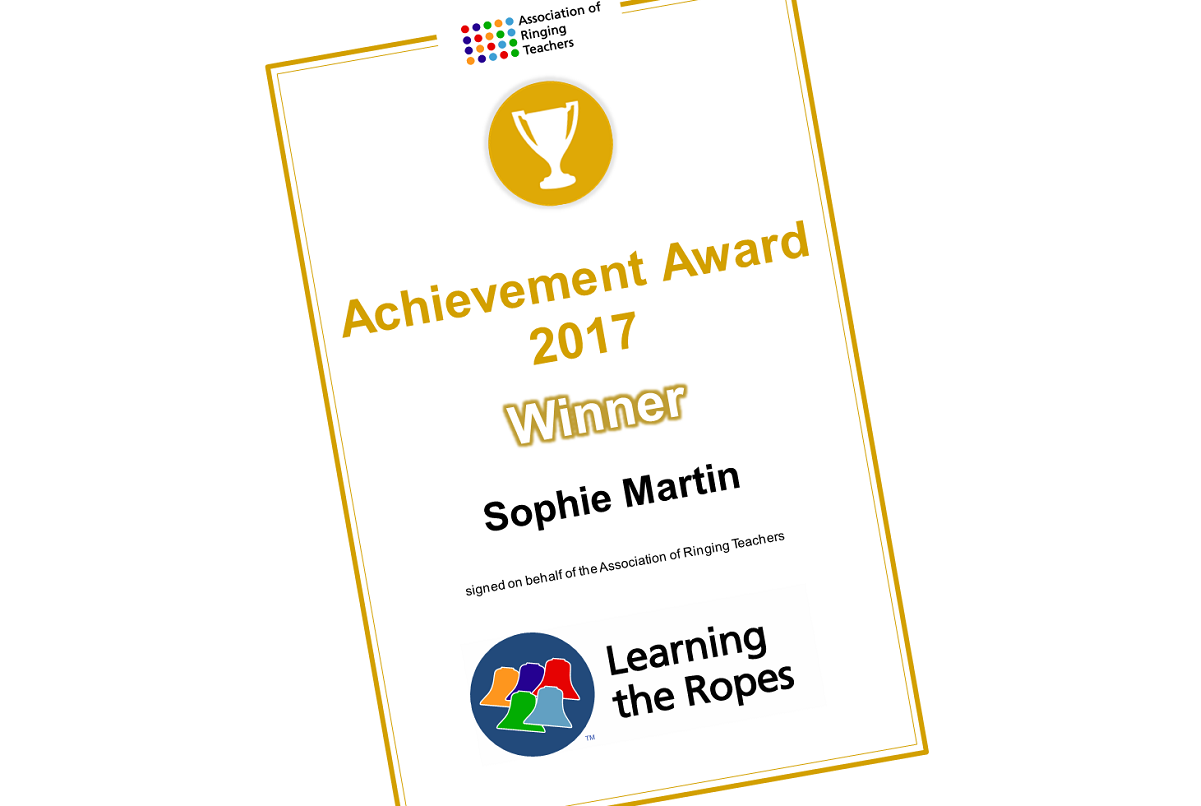