Stephen Prowse is in his late 50s and has been bell ringing for 2 ½ years.He was recruited during a tower open day in June 2015 at Caterham St Mary, Surrey and began learning with his wife on 17th July 2015. He has worked through Learning the Ropes and achieved Level 5 very quickly; 2 years and 2 weeks since first beginning to ring. He rang his first quarter peal exactly one year to the date of learning to ring. He is currently learning Stedman Doubles as well as Plain Bob Triples and Grandsire Triples. As a very new and very inexperienced teacher myself with only seven years of ringing experience, I am very proud of the progress Stephen has made and feel that the graduated approach of the LtR scheme has helped to facilitate this and has given me a structured programme to guide Stephen through. He has made good use of the advice of other experienced ringers in the district.

Stephen has been an asset to the tower since he joined in July 2015. He is very focussed on what he wants to achieve. He readily accepts advice on how to improve his ringing. He has visited other towers and been a keen participant in other practices in the district. He has made good use for the monthly district practices as well as the monthly simulator sessions.He has shown patience and resilience when he has found things difficult. He rang his first quarter peal exactly a year since enrolling as a ringer at St Mary’s, Caterham. He has taken every opportunity to attend courses and as well as follow up sessions. His progress has enabled a greater variety of ringing to take place within the tower at practice nights. His easy-going manner has made teaching Stephen a very rewarding experience. 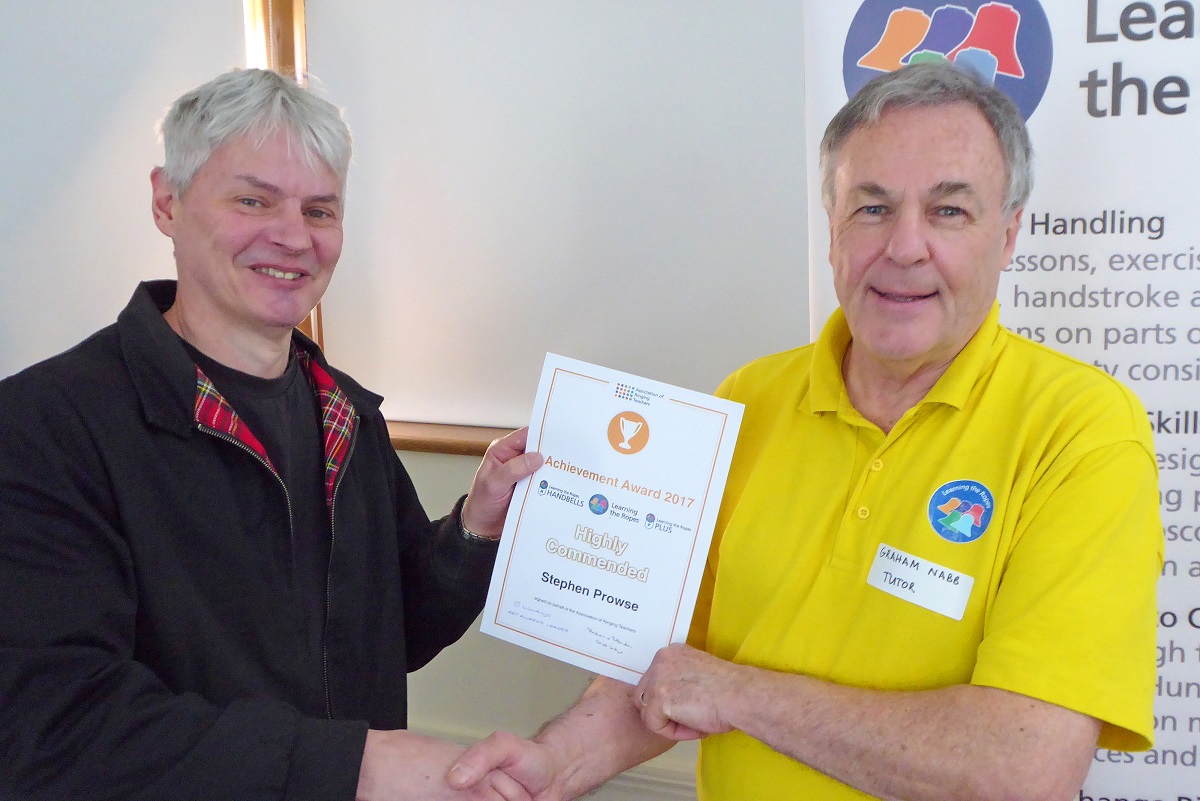