Immediately as the country was locked down and all ringing was cancelled, Ruth invited the entire Glasgow band to a Zoom session on the regular Tuesday practice night. This started off as a ‘virtual pub’ and included quizzes and theory sessions.The aim of these sessions was to ensure that the band stayed together and kept the habit of keeping Tuesdays free. Just before lockdown, we had a promising set of learners all progressing into Learning the Ropes Level 2 or 3, and we didn’t want to lose them.

As importantly, Ruth personally reached out to every member of the band by email first, then by telephone for those who hadn’t responded. Each session involves a check in on people who are absent, and if they are absent for too long, someone goes to find out how they are.

Each week is a Ringing Room practice followed by a social session – but every few weeks, there is a break from Ringing Room and the band does a social activity or uses breakout rooms for easier informal chatting.

The first ‘virtual pub session’ was 31st March, and has happened every week since. By late May, Ringing Room sessions had been introduced to the entire band, and two Glasgow ‘towers’ are put into use each week. Ruth also created a WhatsApp group for the tower, so that people can check in there, especially to let everyone know if they are or are not coming.

Usually each week there are 12-16 people, but some weeks have a bigger attendance. Not everyone attends every week (Zoom fatigue is a problem for the still at-work). As the practices have progressed and become more known, other ringers around Scotland have joined in, as well as the Glasgow band diaspora – former members who moved away. The activity has drawn the attention of a couple of lapsed ringers in the Glasgow area, who stop in, and the practice has also been joined by recently arriving University students. The band members range in age from late teens (university students) to approaching 80.

The experience, what worked and what did not, was fed into the Scottish Association, and helped to encourage a better take up of virtual practices elsewhere in Scotland, and gave a reasonable blueprint for association-wide activities. In addition Ruth has been the Key liaison with the Cathedral in terms of how lockdown regulations affected

ringing, and providing recordings for use with virtual services.

In a way, Ruth’s actions are representative of what many ringing leaders have done during 2020. Possibly what she has done and the promptness with which she acted, are perfectly normal and not exceptional. However, her empathy at making sure everyone is included (including during the brief period when we could ring in the tower) is, I believe, exceptional. The weekly practices are not just about ringing – they are opportunities to make sure the whole band is coping with various levels of isolation.

Retaining a band when you cannot meet to ring is a challenge for everyone – in particular, Ruth was incharge of a band that had a significant number of new ringers. After 8 months of no or limited ringing in Glasgow, we have not lost a single member. Not one. In addition, almost every ringer has done something new to progress a ringing skill during this time. Ruth has made use of Ringing Room to enhance learning opportunities and allow every member of the band to do a new thing.

As Ringing Master of the Scottish Association, she has also drawn together a list of Tower Captains in the Association and is in the process of reaching out to them in order for the Association to ensure that everyone leading a practice had the confidence and support to do just that. This is the first time such a list has been created. She has also been outspoken within the Association, and a key driver of moving association events online.

The long term plan is the return to physical ringing – and already Ruth is thinking and discussing how to manage that transition for the less experienced ringers in the band. There is open discussion with the band as to how to translate the skills acquired during Ringing Room sessions into physical ringing, and how we might continue to utilise Ringing Room to accelerate learning.

Teaching at Glasgow is challenging – it is a heavy 10 with a long draft, and practice time is limited. The nearest tower is 35 miles away. In the short term, the key is to keep the virtual sessions fresh and keep the band motivated. Encouraging new conductors, letting different people lead ringing sessions, and mixing up band placements are just some of the things that have been tried.

This is an example of good practice at keeping a band together and being creative about how to progress each ringer. As an example it is worth sharing. There was no grand plan here, but I want to particularly point to the level of personal attention by Ruth to make sure that everyone feels included and that everyone feels they are contributing.

What has been achieved? Learners who were just attempting rounds and call changes at lockdown are now ringing Plain Bob Doubles. All ringers are trying methods on higher numbers. Since some experienced ringers struggle without the aid of the moving bell rope, the playing field is more level, and this has given confidence to less experienced ringers – Ruth has encouraged this and supported efforts to ‘branch out’. The band has used Ringing Room to upset traditional band placements and get more different people calling. No one has stopped ringing during the lockdown.

For what it’s worth, Ruth is the first female Ringing Master of the Scottish Association. The fact that it took the Scottish Association so long to reach this goal might be more embarrassing than not – however, data collected by the Women in Ringing working group shows that women are not well represented in this role,so let’s celebrate Ruth’s attention to detail and inclusive leadership style. 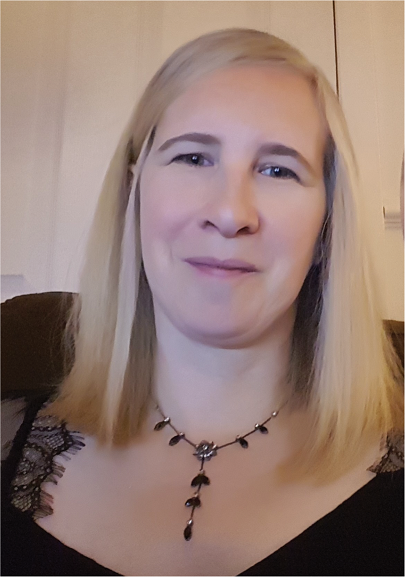